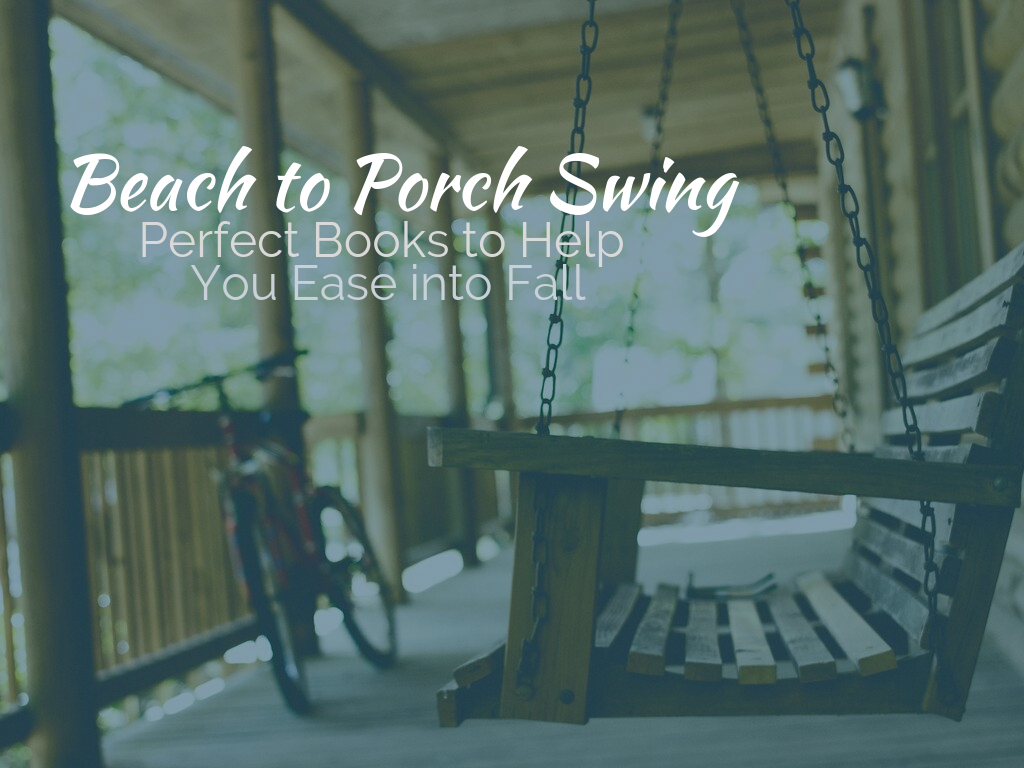 While it may seem that the lazy, hazy days of the beach are long gone, Monday was actually the first day of fall.  During the summer, I love a great, light read.  It matches the summer weather.  There is something about the kids being off school that makes me feel lighter as well.  As the weather starts to change, my book mood changes as well.  I am definitely not ready to pull out my cardi and sit by the fire with an epic saga but, I also don’t want a book that is quite as carefree as my summer reads.  As difficult as it is to believe summer is over, I find it equally as difficult to find the perfect books for fall.  But, don’t worry, we scoped out some amazing fall reads. These are the perfect blend of readability and substance.  You won’t want to put the book down but when you do, you will still have something to think about.

The Doll Factory by Elizabeth Macneal

This historical fiction novel is part mystery, part love story, and part thriller. MacNeal’s debut takes place in Victorian England during the time of The Great Exhibition. Iris dreams of learning to paint like a true artist, while she tolls away with her twin sister in a doll shop. Silas is a curiosity collector that can’t seem to get Iris out of his head after their chance meeting, and Albie is the rag-a-muffin street urchin I wanted to take home. Their stories weave together in a slow-burn until the blood pumping, heart racing conclusion.

I just finished this book and it is so much more than I could have hoped for in a book.  It is rare that a book comes along that fills in all the nooks and crannies in my heart and this book did just that.  It is the story of four orphan children who find themselves traveling in a canoe down the Mississippi.  The summary of this book does not do justice to the words within the pages.  Read it. Love it. And then email me so we can talk about it.

I was blown away by the Cruz’s latest novel which explores her Dominican roots. 15-year-old Ana dreams of moving to America, envisioning a life of glamour, wealth, and freedom. She accepts the hand of a husband twice her age to fulfill her dreams but is in for quite an awakening when she makes it to the Bronx. Her immigrant story was filled with strength and courage as over the course of a year-and-a-half meek Ana is molded into a strong woman. Miserable in her life, Ana is forced to choose between duty to her family and her dreams.

Siblings can be our greatest source of strength or our greatest competition. Ginny and Julia Frank used to have a close sisterly bond until a tragedy from their past drove a wedge between them. Now estranged from each other, Ginny is still the first person Julia runs to when a headstrong decision throws her career into jeopardy. Set in the beautiful land of Arizona, Ginny and Julia have to face old wounds as Julia realizes that Ginny might just need her help too.

The Grace Year by Kim Liggett

The Hunger Games meets The Handmaid’s Tale in this haunting and disturbing tale. At the age of sixteen, all women must go into the wild for a year to release their magic.  The people of Garner County call this the Grace Year and speaking of it is forbidden. As Tierney James Grace YEar approaches, she dreams of a world in which women aren’t pitted against each other in a battle to survive.  This book is eery and completely creepy.  I could not put it down.

Philippa Gregory is back with a new non-royal series. Tidelands is set in 1648 in the midst of the English civil war. The king has been overthrown and the country is in turmoil, but in the marshlands of South, the villagers are worried about survival. Alinor is a healer whose services are both respected and feared. She carefully toes the line between wise woman and witch as she struggles to feed her family. One fateful night she decides to help a catholic priest to safety without realizing the danger this secret would bring to her family. I was shocked at the end of the book and I’m eager to get my hands on the second story….just as soon as Ms. Gregory gets around to writing it. Maybe the sequel will make next year’s best books for fall list.

Bookshop on the Shore by Jenny Colgan

This book, while related to her previous book “The Bookshop on the Corner”, is not a sequel. In fact, I felt that this book was a departure from her previous work. It dealt with some issues that are definitely more serious and delved into these issues in her unique way. The book felt light and easy to read even though it had some more serious issues without trivializing them. For me, it was a perfect balance and is a  perfect transition from summer reading to fall.  Despite the length of the book( 400+ pages), I really wish the ending was longer. I loved the character development and wanted more. I’m hoping there is a sequel!

This is one of the lighter books on our list but, because it is about baseball and the World Series takes place in fall, we wanted to include it in our fall reading list.  This is such an enjoyable story. When Evvie’s husband dies unexpectedly, the entire town is in mourning.  Everyone that is, except Evvie.  She stays locked up in her house with guilt. When a former major league pitcher returns home and needs a place to stay, Evvie lets him stay in the apartment above her garage.

This dual timeline story straddles the line between thriller and mystery. The story takes place on the last weekend of summer in a sleepy beach town with wealthy seasonal clientele.. When Sadie, a wealthy tourist, is found dead one summer, her longtime best friend (and local girls) Avery is devastated. A year later, Avery is still reeling from the loss even as she notices the eye of the town upon her as a potential suspect. The book unravels both summers in tandem until the shocking conclusion.

If You Want to Make God Laugh by Bianca Marais

Bianca Marais’s sophomore novel takes place in post-apartheid South Africa. It is the story of three women whose lives come together in an unforgettable and remarkable way.  Kirsten and I both read this book and absolutely adored it.  Once you pick up this book, you will have a hard time putting it down.  Ruth, Delilah, and Zodwa will stay with you long after you have finished the last page.  See our full review here.

The Dutch House by Ann Patchett

Ann Patchett has done it again with this tale of sibling devotion. Danny and Maeve are victims of an abandoned mother and father who all but ignores them. Danny narrates the story of their lives as it ties into The Dutch House – a storied mansion that their father purchased in Elkins Park. This home is the blessing and curse of their lives. The sign of their father’s success and what ultimately breaks up their family. Emotional and complex, this book will be on our best of 2019 list for sure. 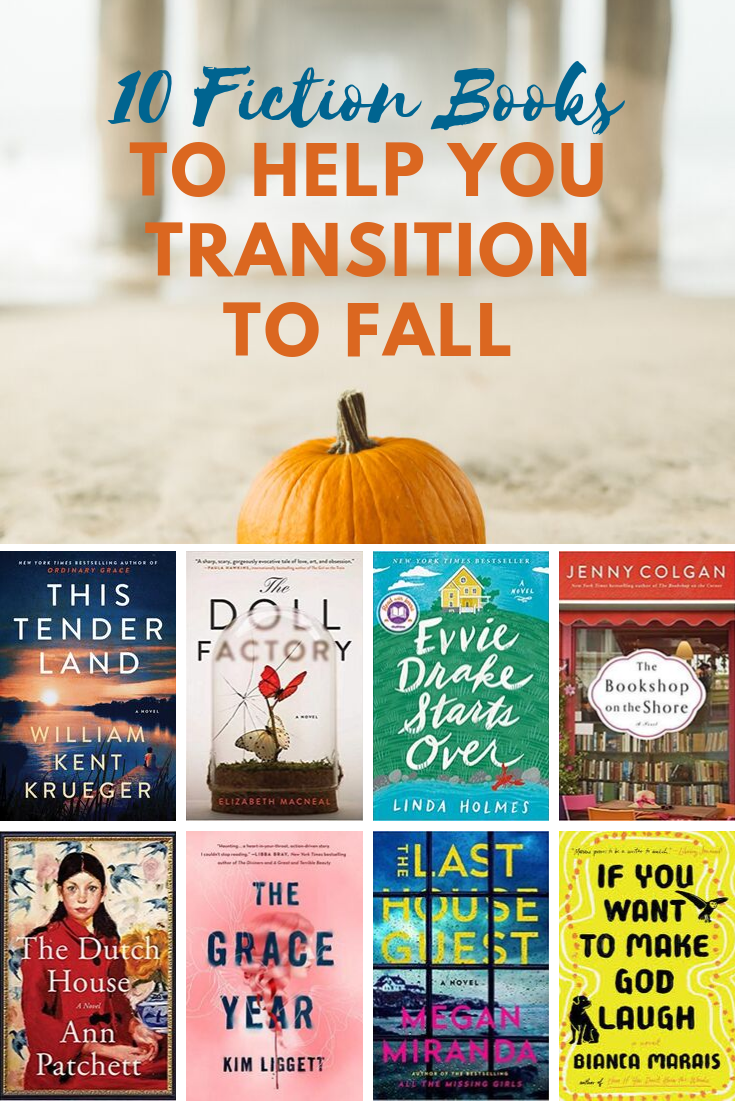