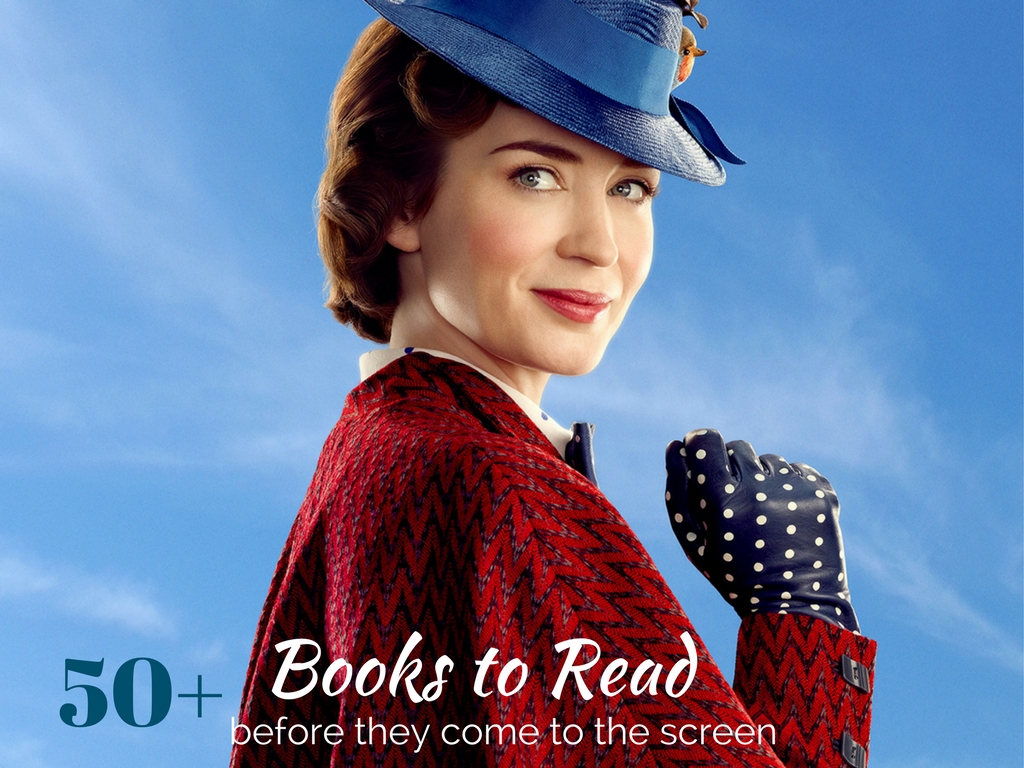 There are so many great movies coming out in 2018 and 2019 that are based on books.   I know that books chosen for the screen will inevitably be great stories so if I haven’t read it, I jump at the chance before the movie comes out. I always like to read the book before I see a movie- I’m not sure why.  I know some people who have to see the movie first. So, if you are looking for a book to read, we have a list of 44 books to read before they come to the screen.

The House of Tomorrow by Peter Bognanni
In Theaters April 2018

In this futuristic coming of age story, Sebastian must decide whether to follow the path his grandmother has laid out or choose his own path.  Starring Asa Butterfield and Alex Wolff.

Anthem of a Reluctant Profit by Joanne Proulx

Anthem tells the story of Luke who foresees the death of his best friend.  When other prophecies start coming true, Luke must deal with the consequences.  Starring Cameron Monaghan, Grayson Gabriel, Peyton List and Juliette Lewis.

The Invisible Man by H.G Wells

A Scientist finds a way to make himself invisible but he pays the price with his sanity.  Starring Johnny Depp this movie is sure to be a hit.

This is a story of what happens when the heir to a Chinese fortune brings an American born Chinese girlfriend to the wedding of the season.

The Darkest Minds by Alexander Bracken

This adaptation is based on the first book in a YA trilogy set in the future.  Ruby, played by Amandla Sternberg, has special abilities the government wants to keep hidden. Mandy Moore also stars

After her mother disappears, Bee decides to track her down and has an adventure in the process.Starring Cate Blanchett, Kristen Wiig and  Billy Crudup, this movie is sure to be funny and entertaining.

The Girl in the Spiders Web by Steig Larson

The next installment in the Millenium series has a change of cast with Claire Foy set to play Lisbeth Slander.  Mikael Blomkvist seeks the help of computer hacker Lisbeth Slander as they find themselves caught in a web of cybercriminals, spies, and corrupt government officials.

A memoir about a deeply religious boy, who is outed to his family – including his pastor father. Attempting the church’s program to become a heterosexual, instead, he finds himself. The movie stars Nicole Kidman, Russell Crowe, and Joel Edgerton.

First Man: The Life of Neil A. Armstrong by James R. Hansen

This is the first and only book that is an authorized  biography of Neil Armstrong.  Starring Claire Foy and Ryan Gosling

This is based on the true story of Mary Stuart.  While attempting to overthrow her cousin, Queen Elizabeth I, she finds herself facing execution.  Starring Margot Robbie

The Grinch based on How the Grinch Stole Christmas! by Dr. Seuss

The Classic tale with a new twist.  Starring Benedict Cumberbatch

The Guernsey Literary and Potato Peel Society by Annie Barrows

Set shortly after WWI, a young writer – played by Lily James – is looking for inspiration for her next novel and finds it on the island of Guernsey.

The Black Hand by Stephan Talty

Leonardo DiCaprio is starring and producing this adaption set in America in the early 20th century. The story focuses on the beginnings of the mafia in the US and the detective looking into their crimes

Julianne Moore plays an American Opera singer who travels to South America for a private show. Soon the show is crashed by guerilla forces.

A supernatural thriller that takes place in a post-apocalyptic world. Bella Thorne and Dermot Mulroney have been cast as the leads.

James Franco is directing and starring in this story about Hollywood in the 70s and 80s.

A tale of two French sisters. One who works for the Resistance and one who is forced to host a Nazi soldier in her home. Sam Claflin is rumored to be onboard.

Witness For the Prosecution by Agatha Christie

Another remake of a classic Christie novel. Ben Affleck is set to direct and star in this courtroom drama.

All the Bright Places by Jennifer Niven

Set to star Elle Fanning, this young adult book begins when two teens meet on top of the bell tower at their school.

Love May Fail by Matthew Quick

Emma Stone is slated to play the lead, a woman whose failed marriage has her returning to her hometown in search of an old teacher.

The Bookseller by Cynthia Swanson

This Romance will Star Julia Roberts.  The Bookseller tells the story of a single woman, Kitty Miller, who dreams of marriage and motherhood all while running a bookstore with her best friend, Frieda.

I Heard You Paint Houses by Charles Brandt

Based on the book, The Irishman will depict the life of Frank  Sheeran, a mafia hitman who allegedly murdered American labor union leader Jimmy Hoffa. Martin Scorsese will pair with Robert De Niro.

The Aftermath by Rhidian Brook

Another post-WWII flick, this one takes place in Germany when a British colonel and his wife move in with a German man and his daughter. Keira Knightley, Alexander Skarsgard, and Jason Clarke star.

The Mothers by Brit Bennett

Kerry Washington is attached to this story, which took Instagram by storm earlier in the year. The story unfolds over many years but everything centers around one summer’s choices and lasting consequences.

The Hate U Give by Angie Thomas

One of the most powerful books I’ve read in recent years is slated to be made into a movie. This story is about the Black Lives Matter movement and is set to star Amandla Stenberg, Common, Regina Hall and Kian Lawley.

The Lost Wife by Alyson Richman

A love story that takes place in Prague on the cusp of WWII. The lovers’ lives are shattered when the Nazi’s invade their homeland. Daisy Ridley has been cast as the female lead.

Little Woman by Louisa May Alcott 2018

The classic story of the March sisters remade with Lea Thompson.

A woman in New York who seems to have a  charmed life is faced with trauma.  Her life begins to unravel

Into the Water by Paula Hawkins

A single mother and a teenage girl are both found dead in the same body of water.  Is it murder or suicide?

Winner of the Pulitzer Prize for Fiction.  This is the story of Theo, a 13-year-old who survives a car accident that kills his mother. After Theo is abandoned by his dad, he is taken in by a wealthy family friend.  Starring Nicole Kidman.

The Night Circus by Erin Morgenstern

Two magicians are in a magical competition in which there is no clear prize or ending.

This is the  epic first book in the series. Mare Barrows world is divided between red bloods and silver bloods

This adorable story of an unlikely princess is sure to be adorable.

Lenora is invited to a girls weekend away but, sometimes the thing you should be most afraid of is yourself.  Produced by Reese Witherspoon.

This is the story of Ifemelu and Obinze from Nigeria to America across years.

The Sky is everywhere by Jandy Nelson

The Sky is Everywhere by Jandy Nelson

Lennie is aimless after her sisters death and finds herself torn between two boys.

This is the true story of a 1878 Chateau Lafite Bordeaux that sold for $156,000 at auction. Is this bottle really what it’s supposed to be? Starring Matthew McConaughey.

The Bell Jar by Sylvia Plath

Based on semibiographical life of Sylvia Plath. Directed by Kirsten Dunst and to star Jesse Plemons and Dakota Fanning

Amber is a high school student who lives in the back of the bus her mom drives after her mom’s boyfriend kicked her out. To be directed by Bryce Dallas Howard.

The engagements by J. Courtenay Sullivan

A Novel about marriage

The Secret by Rhonda Byrne

Find the secret, the hidden untapped power within you

A reporter returns home to cover a violent murder and is forced to confront her past. A psychological thriller that will definitely keep you on your toes. Starring Amy Adams, April Brinson, Violet Brinson

My Brilliant Friend by Elena Ferrante

This series is about two rich friends growing up in post-war Italy. The four books in the series tell the story of the 60-year friendship between Elena and Lila after Lila disappears. HBO hopes to have a 32 episode series that will cover all 4 books.

Based on the true story of Grace Marks, a housemaid who was convicted of murdering her employer Thomas Kinnear, his mistress, and his housekeeper. Grace claims to have no memory of the murder. A decade after, Dr. Simon Jordan tries to help Grace recall her past. Starring  Sarah Gadon, Edward Holcroft, Zachary Levi.  See the Trailer.

While the show is currently on the BBC, we will have to wait a little longer for HBO to air the show.  Based on the best-selling novels by J.K. Rowling’s pseudonym.  See the trailer here.  It is sure to be fantastic!

Who Fears Death by Nnedi Okorafor

This magical realism book takes place is a post-apocalyptic Africa.  With George R. Martin as the executive producer, we can definitely expect some great things.

A classic novel of dystopia 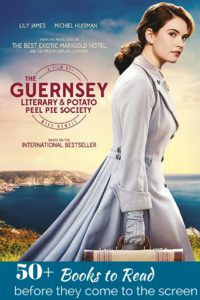 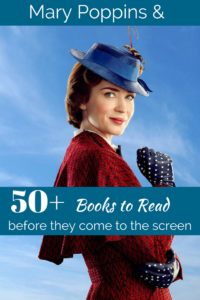