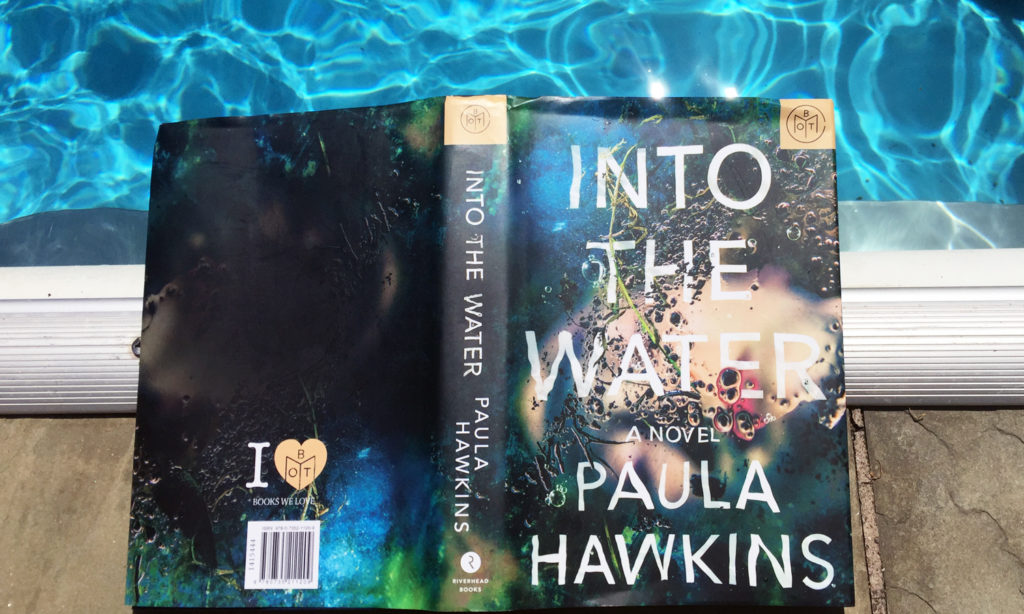 Into the Water by Paula Hawkins is a fast paced thriller mystery that leaves you guessing until the very end.  Two woman are dead and the question is whether it was murder or suicide.  The story is told from many points of view, which adds to the unpredictability but is a little confusing at first. I quickly adjusted and immersed myself in the novel.

Girl on The Train was received far better than this book but, I actually like this one much more.   I am not a fan of the unreliable narrator (never mind a narrator that I can’t stand).  Into The Water has character development, surprise and suspense.  I read it in 2 days and was left asking what?!  Really?!….Wow!!!

Since I couldn’t help comparing Hawkins new book to Girl on the Train.  I thought we could recommend some other books you might love if you loved either of those works! So, if you love a mystery or suspense, here are 16 more books that you will love:

16 Suspense/Thriller/Mysteries for Into the Water fans

I Found You by Lisa Jewell

This story is told from three perspectives.  A man loses memory and is trying to figure out who he is. simultaneously, a woman can’t find her husband who has disappeared without a trace.  The third storyline is about a family in 1993. How do these stories come together?

Girls in the Garden by Lisa Jewell

One night during a summer festival, a young girl, Pip, finds her sister unconscious and bloody in the garden.  This story follows the people in a small garden community as they try and determine what happened and who is to blame.

Woman in Cabin 10 by Ruth Ware

Shortly after being burglarized, a travel journalist boards a small luxury cruise liner to cover it’s inaugural voyage. When she thinks she sees a passenger thrown overboard – but everyone is still accounted for – she has to decide if what she saw was real or only in her head.

What should have been a fun weekend at a bachelorette (hen) party, turns into something that is anything but!  Nora hasn’t see her friend for over 10 years when she receives the invitation to celebrate her upcoming marriage.  Maybe she should have stayed home….just saying.

Ava’s sister, Zoe, has died in a barn fire…or has she? Ava is the only one who believes her twin is still alive and when a series of letters begin to arrive written by the dearly departed, Ava begins a hunt to find out what really happened to her sister.

Told in both the present and through flashbacks, Ani is reminded of her formative high school years as she prepares for her wedding. She agrees to take part in a documentary about a horrific incident that happened at her elite private academy. But, as she begins to face the horrors of her past, her perfectly tailored life begins to crumble.

The Dinner by Herman Koch

One dinner can change two families forever.  As the meal progresses the conversation finally moves to the children.  The civility is only a facade.  This is a meal that would leave most people with a serious case of indigestion!

After the disappearance of their sister, Claire and Lydia don’t speak.  Claire’s husband’s murder draws them back together, however.  Could these two events be connected?

The Gabriel Allon series is a very successful series about an assassin/ spy  who is also an art restorer.  This newest installment actually takes place in the present time with a forward by there author explaining that he wrote the book before recent terror attacks but actually stopped writing the book for a while because the events of current day were hitting too close to home.  Always thrilling and exciting, you must read this book! Of course, if you haven’t read any books in the series, The Kill Artist (book #1) is a great place to start!

One of the most acclaimed authors of the psychological thriller, this novel is Daphne Du Maurier at her best. This is Kirsten’s favorite novel and its no surprise why. A chilling novel about a naive second wife discovering the truth behind the wife who came before her. The suspense is slow burning and then explosive.

Riley grew up with overprotective parents but when she finds a birth certificate for Jane Elizabeth O’Leary in her baby book,  she wonders if there is something more.   What have her parents been hiding? Maybe things are not as they seem.  With every question comes more more questions.

A take on the “real” story of Romeo & Juliet, Juliet finds out that she is related to Shakespeare’s  heroine. She decides to learn more about her past by travelling to Italy. What she discovers is a Siena of deadly intrigue. Interspersed with the tale of her famous relation, this story is full of curses, mystery and just a hint of happily ever after.

Cormoran Strike is a private investigator on the verge of failure when a client walks through the door with an amazing story.  Refusing to believe his sister’s death was a suicide, he wants Cormoran to prove she was murdered.  You’ve never seen a PI quite like him.

I Let You Go by Clare Mackintosh

Forget everything you think you know. You don’t.  This book with shock you and keep you on your toes to the very end.  A mother fleeing the death of her child  and two police officers investigating the hit and run are the center of this story.

The Fall Guy by James Lasdun

A married couple have a summer houseguest at their lovely seaside home, but when the three find themselves ensnared in a  trap of secrets and hidden passions, the vacation takes a turn for the worst. (PSST- We just recommended this in our Ultimate Beach Reads List, along with 50 others!)

My favorite of the Robert Langdon books, this story starts when Robert wakes up in an Italian hospital with no recollection of the last 36 hours.  This fast paced  chase through Italian museums and historical landmarks is a thriller until the last minute.