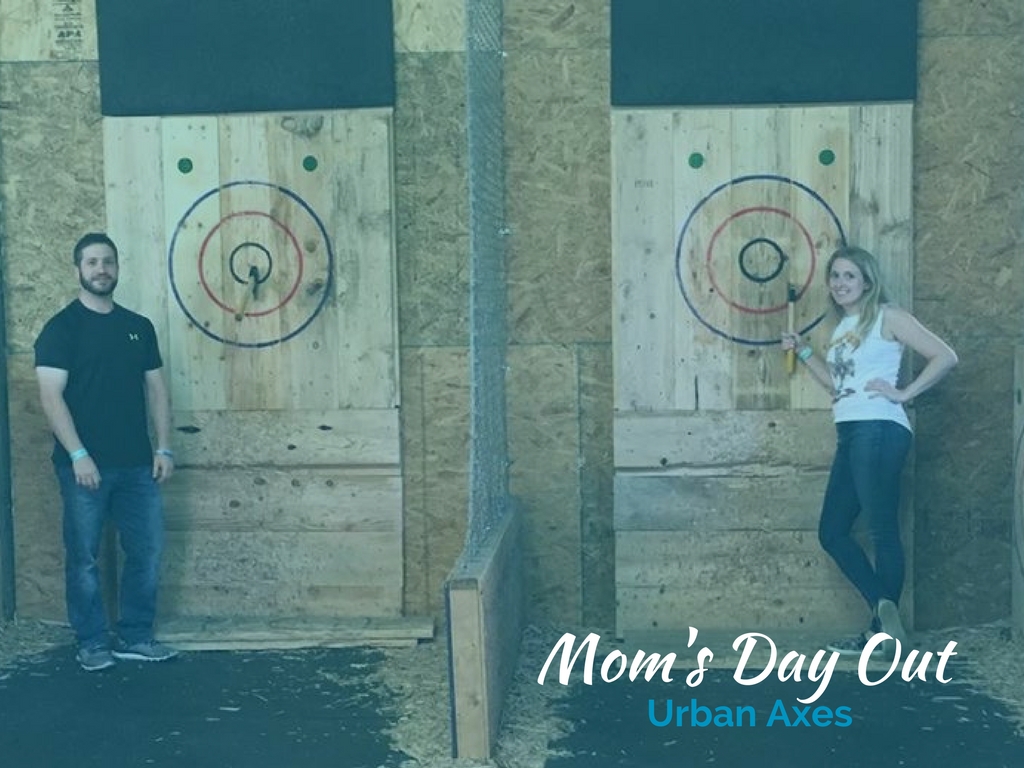 You guys, it’s my birthday month!!! Yes, I said month, because I LOVE my birthday! I always looking for an excuse to celebrate anything and so I schedule as many celebrations in August as I can. This year, instead of the typical dinner out, I convinced my family to go throw axes with me. Let me say that again. I convinced my family to throw axes….. I GOT MY MOM TO THROW AXES!!! Urban Axes was everything I wanted it to be and more and I’ve got the skinny on the hottest fad sweeping Philly.

I first heard of Urban Axes from a friend who celebrated her birthday there. I watched the videos of her throwing axes over and over and decided I needed to try it for myself. My brother Harrison’s birthday is 4 days after mine so we jointly petitioned our siblings, significant others, parents and our aunt and uncle to come throw with us. 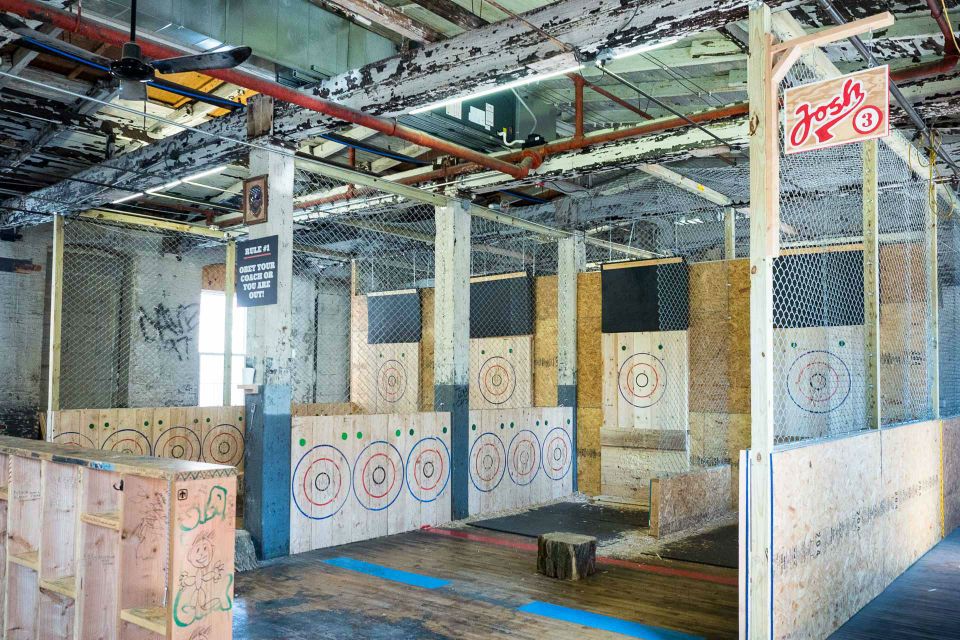 The facility is a converted warehouse that is filled with arenas to learn and compete in. We were assigned an awesome coach named Jeff who led us through our three part adventure. 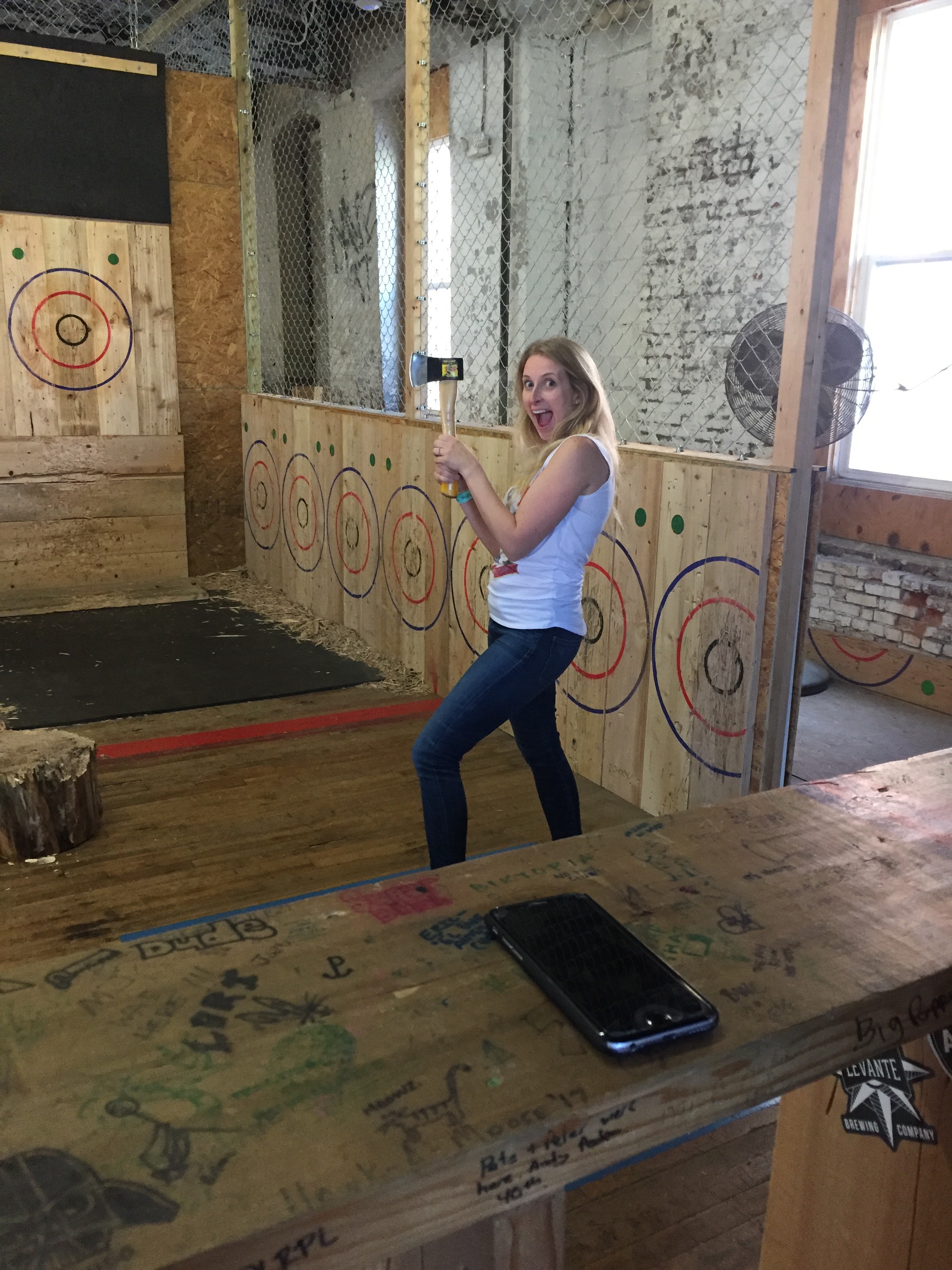 First up, was a lesson for the 11 of us. We were brought into the arena in pairs and taught the proper technic to safely throw an ax. Harrison and I were the first to throw and I went into a full blown panic. I was terrified that the ax would either a) ricochet off the wall and stab me b) slip from my grip and chop off my foot or c) be released at the wrong time and impale someone behind me. All of my initial turns consisted of me tentatively throwing the ax and then running like a banshee out the arena. 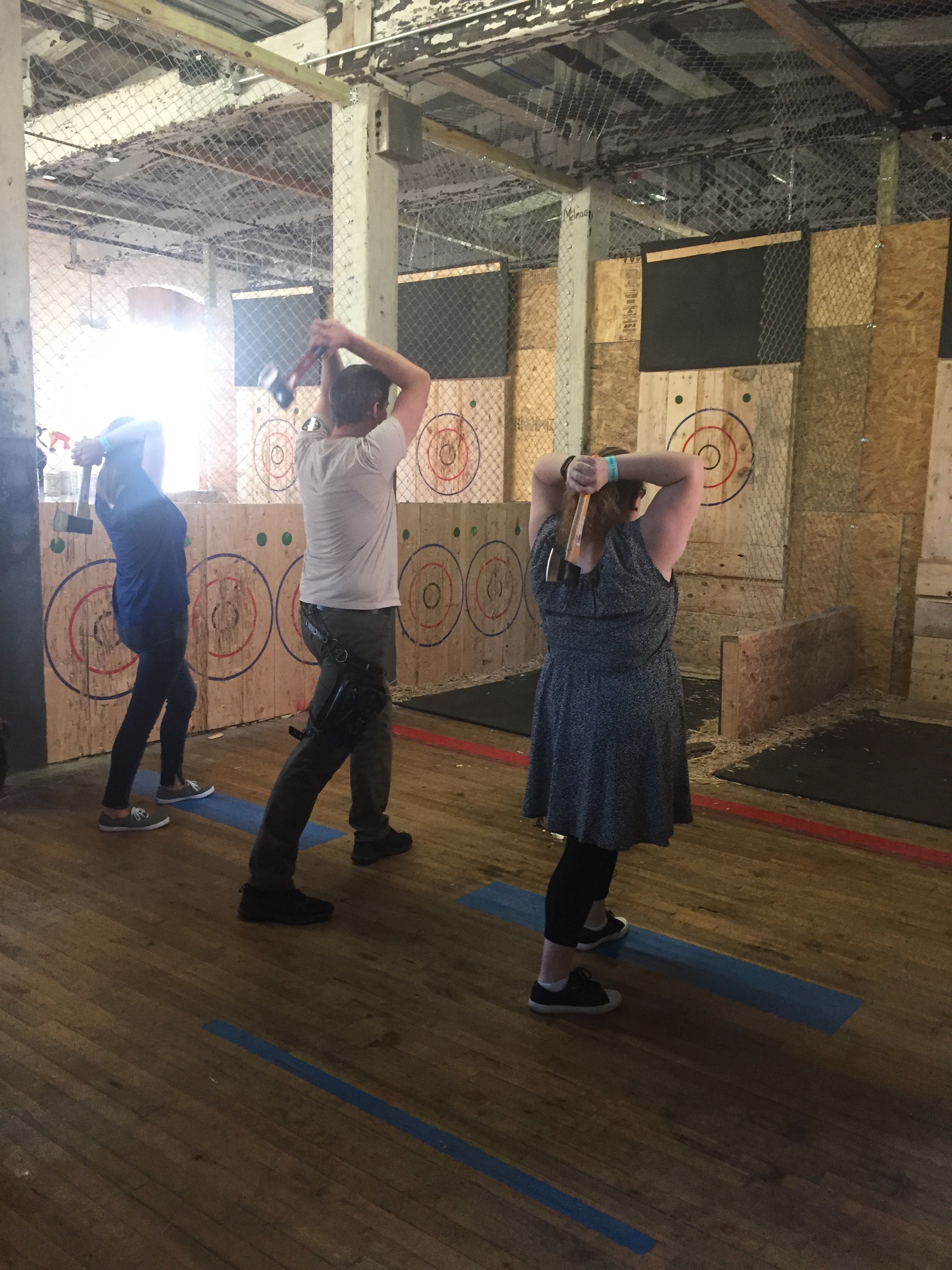 After I chilled the fuck out, I learned that it’s not all that difficult to get the ax into the target. It’s all in your form which consists of wrapping your hands around the bottom of the ax thumbs on top, planting your feet firmly on the ground, raising the ax over your head, bending your elbows so the blade is between your shoulder blades facing behind you and then swinging your arms with force in front of you and releasing the blade when your thumbs are back level with your eyes. The biggest tip though is to follow through after the blade is released. You need to pull your arms back, move your body forward and perfect your inner little mermaid pose.  (Seriously. that’s what Jeff said.) I felt very I-am-woman-hear-me-roar the first time it landed on the board. 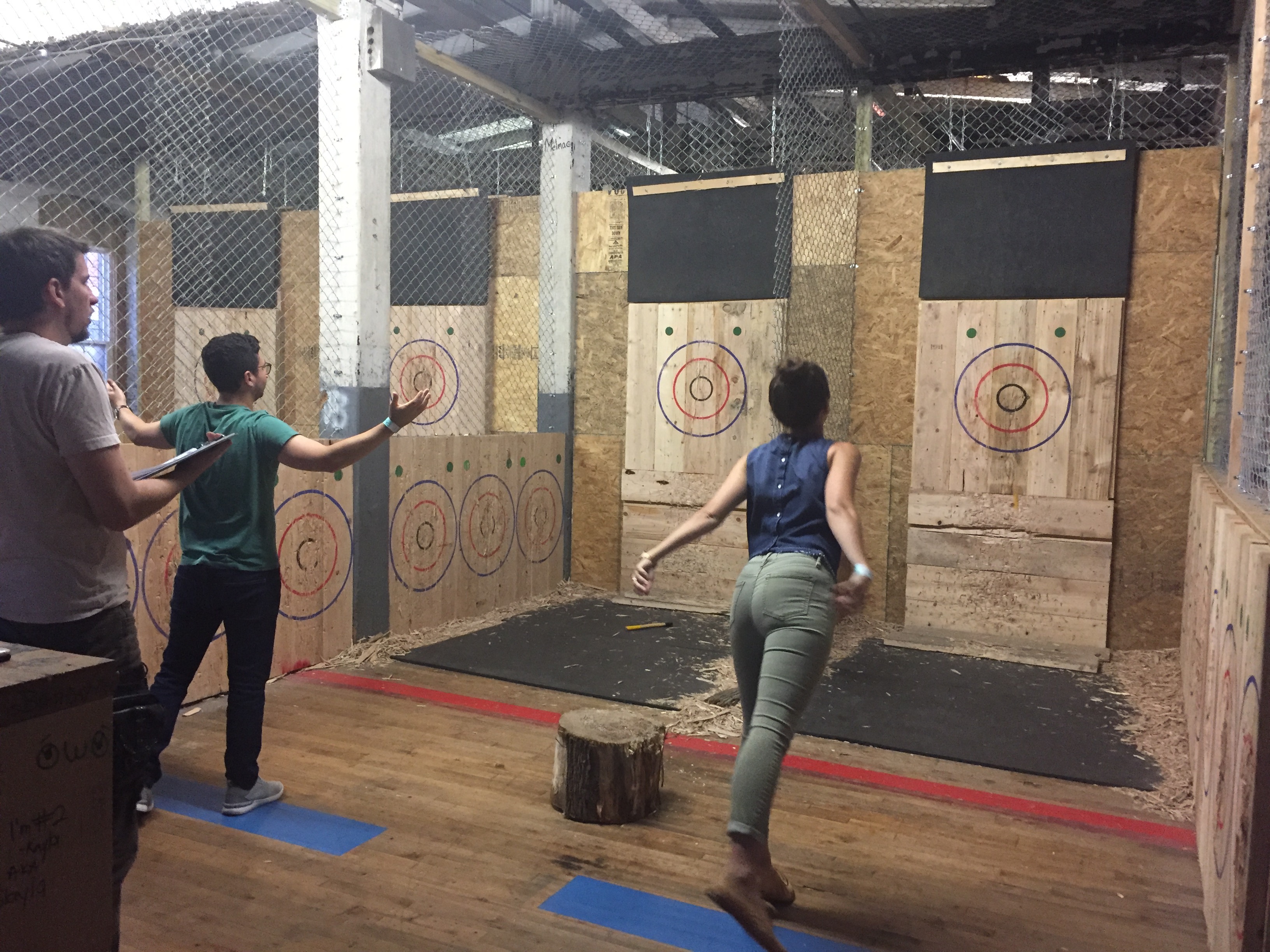 After the lesson was complete, we paired off to play for points. A basic game consists of 3 rounds of 5 ax throws each. You throw at the target either getting 1,3,5 or 7 points. Between rounds, you switch sides with your opponent. After a match is over, you clink axes and the next players start their turn. 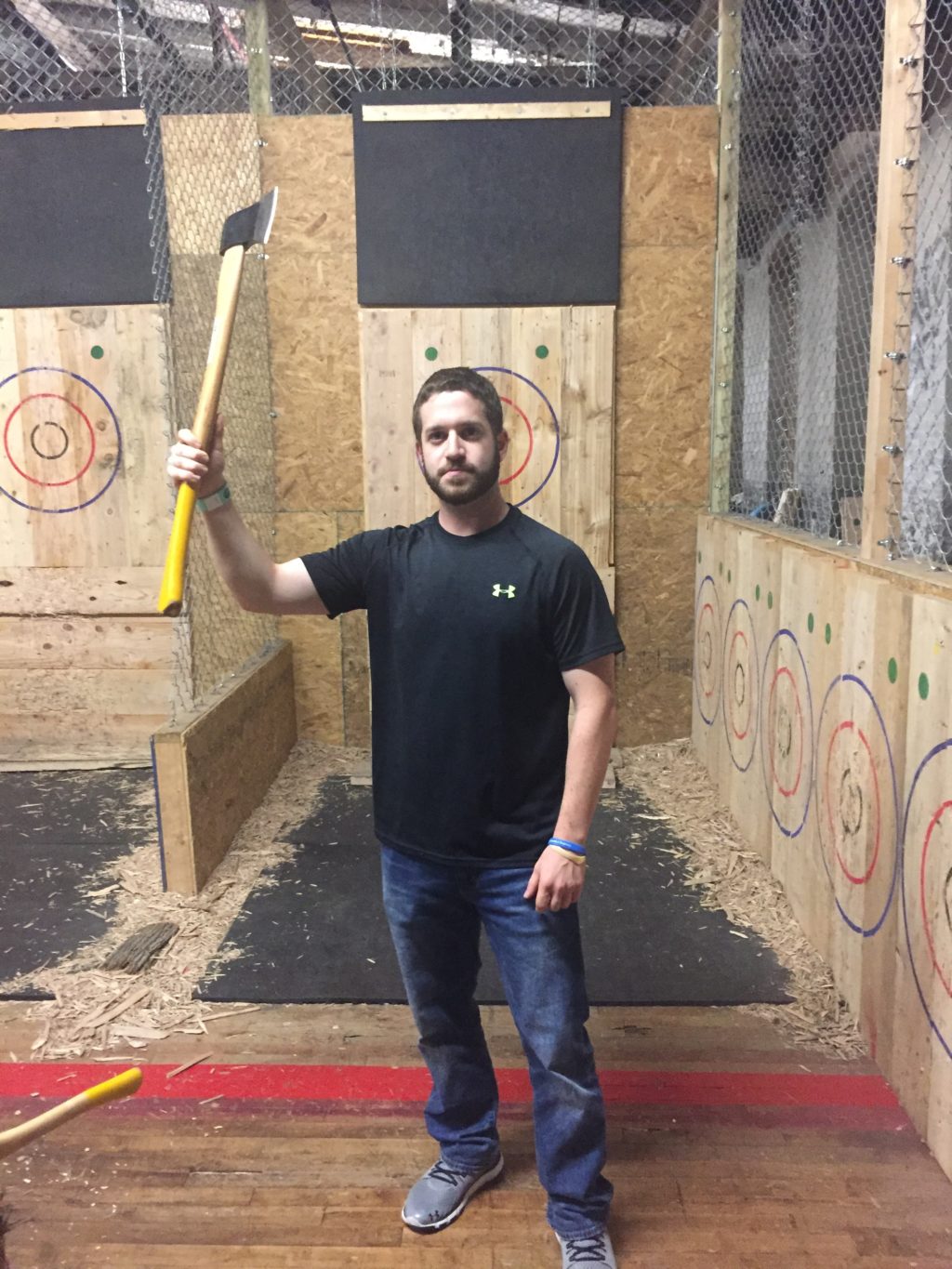 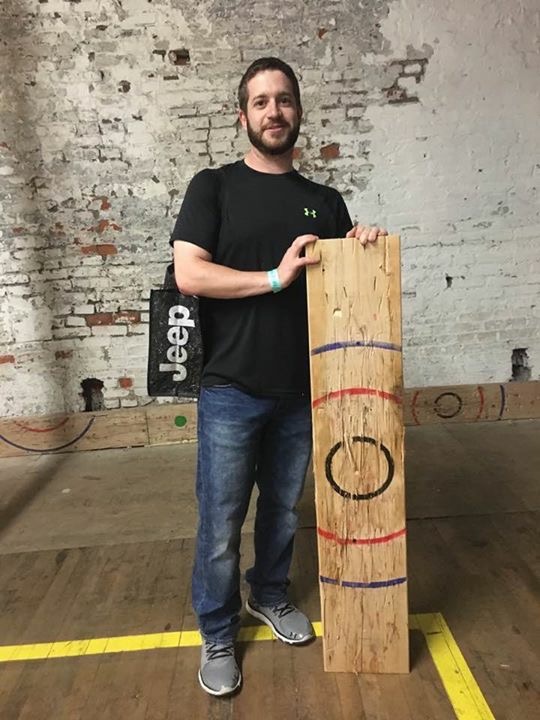 We all got to participate in these round robin tournaments twice before those with the 6 best scores moved on to the playoffs. While I did manage one or two bullseyes, I was not able to make the cut. The playoffs were intense and so fun even for those who didn’t get a chance to play again. The finals match ended in a sudden death event in which my youngest brother, Mike, had to go up again Harrison by throwing a HUGE ax from really far back. Whoever got the ax to stick was declared the winner. The birthday boy won and he got to take the middle board home as a trophy!! 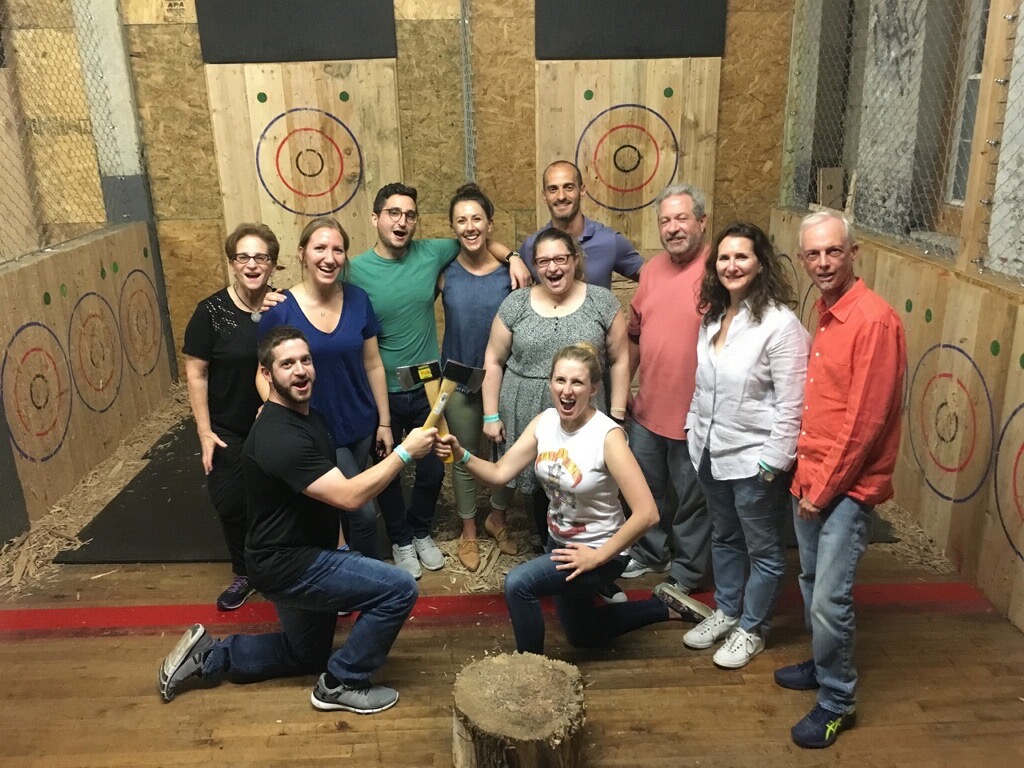 This was one of the best family nights I can think of. We laughed, we did some shit-talking and we made some amazing memories that will definitely stand the test of time! I had a blast, as did my husband who is already planning his party there. (His birthday is in April for the record.) I would recommend it to anyone.

Here are the basics. Urban Axes has walk in hours for small groups, but if you wish to reserve time, which is highly recommended, you need 6 to 12 people in your group. Throwing costs $35 dollars a person and gets you 2.5 hours of throwing time and your coach. It’s also a BYO which was awesome. We brought in Primos hoagies, beer, and rosè. Hard alcohol is not permitted. They did have water coolers and cups on site, but you need to bring your own plates and utensils as well. Book your reservation now at UrbanAxes.com

Has anyone else tried this out?