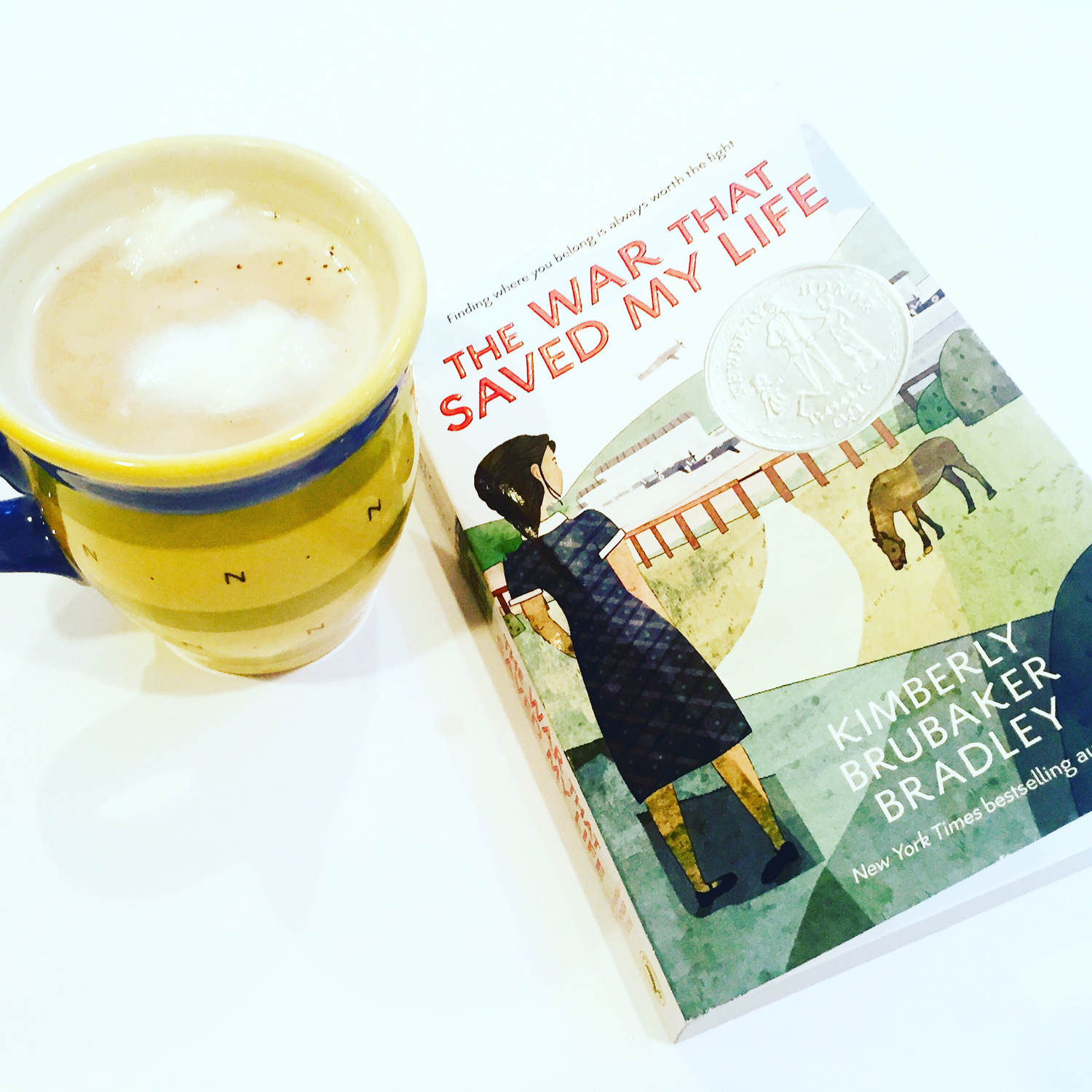 The War that Saved My Life by Kimberly Brubaker Bradley is a middle grade fiction that reached me on on emotional level.  I love this book and it is proof to me that book geared toward children can be smart, well -written and emotional while still being completely engaging. We’ve also crafted a list of 16 other emotional middle grade reads that cover subjects like displaced children, WWII and survivor stories. These stories can be hard to read at times, but are important topics to discussion with your child.

I read The War That Saved My Life in a few hours and immediately ordered the sequel The War I Finally Won.  Ada is a 10 year old girl who lives in a one-room world gazing at the world from one window.  She was born with a club foot and teaches herself to walk in secret.  When the children who lived in London were evacuated to go to the country at the start of WW2, Ada escapes her abusive mother and leaves London with her little brother.

There is so much depth to this book.  It is a Newbury Honor book and the Winner of the Schneider Family Book Award for middle grade. The War That Saved My Life is a story of love and survival in the face of overwhelming obstacles.  I have recommended this book to at least a dozen people (both adults and children alike) since I finished it.  I highly recommend it but, I also wanted to recommend other books that have a similar genre.  Because there are so many aspects to this book, I am recommending books in multiple genres. If you are looking for adult books on similar topics, we recommend this list.

“JOSEF is a Jewish boy living in 1930s Nazi Germany. With the threat of concentration camps looming, he and his family board a ship bound for the other side of the world . . .ISABEL is a Cuban girl in 1994. With riots and unrest plaguing her country, she and her family set out on a raft, hoping to find safety in America . . .MAHMOUD is a Syrian boy in 2015. With his homeland torn apart by violence and destruction, he and his family begin a long trek toward Europe . . .”

“The Magic Bed-Knob and Bonfires and Broomsticks in one volume. These are the exploits of the three Wilson children; Miss Price, the apprentice witch; and the flying bed. A tale of a witch-in-training and trouble of the most unforgettable kind.”

“Written for all ages, it has been considered a children’s novel since the mid-twentieth century. It recounts the adventures of Anne Shirley, an 11-year-old orphan girl who is mistakenly sent to Matthew and Marilla Cuthbert, a middle-aged brother and sister who had intended to adopt a boy to help them on their farm in the fictional town of Avonlea on Prince Edward Island. The novel recounts how Anne makes her way with the Cuthberts, in school, and within the town.”

“One of the most beloved children’s books of all time and the inspiration for a feature film, a television miniseries, and a Broadway musical, The Secret Garden is the best-known work of Frances Hodgson Burnett. In this unforgettable story, three children find healing and friendship in a magical forgotten garden on the haunting Yorkshire moors.”

The Invention of Hugo Cabret by Brian Selznick

“Orphan, clock keeper, and thief, Hugo lives in the walls of a busy Paris train station, where his survival depends on secrets and anonymity. But when his world suddenly interlocks — like the gears of the clock he keeps — with an eccentric, bookish girl and a bitter old man who runs a toy booth in the station, Hugo’s undercover life and his most precious secret are put in jeopardy. A cryptic drawing, a treasured notebook, a stolen key, a mechanical man, and a hidden message from Hugo’s dead father form the backbone of this intricate, tender, and spellbinding mystery.”

Diary of a Young Girl by Anne Frank

“Among the most powerful accounts of the Nazi occupation, The Diary of a Young Girl chronicles the life of Anne Frank, a thirteen-year old girl fleeing her home in Amsterdam to go into hiding. Anne reveals the relationships between eight people living under miserable conditions: facing hunger, threat of discovery and the worst horrors the modern world had seen. In these pages, she grows up to be a young woman and a wise observer of human nature. She shares an unparalleled bond with her diary, which holds a detailed account of Anne’s close relationship with her father, the lack of daughterly love for her mother, admiration for her sister’s intelligence and closeness with her friend Peter. Anne Frank’s account offers a compelling self-portrait of a sensitive and spirited young woman who turns thoughtful and learns of the many terrors of the world.”

Number the Stars by Lois Lowry

“As the German troops begin their campaign to “relocate” all the Jews of Denmark, Annemarie Johansen’s family takes in Annemarie’s best friend, Ellen Rosen, and conceals her as part of the family.

Through the eyes of ten-year-old Annemarie, we watch as the Danish Resistance smuggles almost the entire Jewish population of Denmark, nearly seven thousand people, across the sea to Sweden. The heroism of an entire nation reminds us that there was pride and human decency in the world even during a time of terror and war.” Winner of the 1990 Newbery Medal.

“It is 1939. Nazi Germany. The country is holding its breath. Death has never been busier, and will become busier still.

Liesel Meminger is a foster girl living outside of Munich, who scratches out a meager existence for herself by stealing when she encounters something she can’t resist–books. With the help of her accordion-playing foster father, she learns to read and shares her stolen books with her neighbors during bombing raids as well as with the Jewish man hidden in her basement.”

“A mysterious island.
An abandoned orphanage.
A strange collection of very curious photographs.

It all waits to be discovered in Miss Peregrine’s Home for Peculiar Children, an unforgettable novel that mixes fiction and photography in a thrilling reading experience. As our story opens, a horrific family tragedy sets sixteen-year-old Jacob journeying to a remote island off the coast of Wales, where he discovers the crumbling ruins of Miss Peregrine’s Home for Peculiar Children. As Jacob explores its abandoned bedrooms and hallways, it becomes clear that the children were more than just peculiar. They may have been dangerous. They may have been quarantined on a deserted island for good reason. And somehow—impossible though it seems—they may still be alive. A spine-tingling fantasy illustrated with haunting vintage photography, Miss Peregrine’s Home for Peculiar Children will delight adults, teens, and anyone who relishes an adventure in the shadows.”

Boy in the Striped Pajamas by John Boyne

“Berlin, 1942: When Bruno returns home from school one day, he discovers that his belongings are being packed in crates. His father has received a promotion and the family must move to a new house far, far away, where there is no one to play with and nothing to do. A tall fence stretches as far as the eye can see and cuts him off from the strange people in the distance.

But Bruno longs to be an explorer and decides that there must be more to this desolate new place than meets the eye. While exploring his new environment, he meets another boy whose life and circumstances are very different from his own, and their meeting results in a friendship that has devastating consequences.”

“Thirteen-year-old Brian Robeson is on his way to visit his father when the single-engine plane in which he is flying crashes. Suddenly, Brian finds himself alone in the Canadian wilderness with nothing but a tattered Windbreaker and the hatchet his mother gave him as a present—and the dreadful secret that has been tearing him apart since his parent’s divorce. But now Brian has no time for anger, self pity, or despair—it will take all his know-how and determination, and more courage than he knew he possessed, to survive.”

“Stanley Yelnats is under a curse. A curse that began with his no-good-dirty-rotten-pig-stealing-great-great-grandfather and has since followed generations of Yelnatses. Now Stanley has been unjustly sent to a boys’ detention center, Camp Green Lake, where the boys build character by spending all day, every day digging holes exactly five feet wide and five feet deep. There is no lake at Camp Green Lake. But there are an awful lot of holes.”

Call of the Wild by Jack London

“The Call of the Wild is a short adventure novel by Jack London published in 1903. The story is set in the Yukon during the 1890s Klondike Gold Rush, when strong sled dogs were in high demand. The central character is a domesticated dog named Buck.
The story starts with him living at a ranch in the Santa Clara Valley of California. Stolen from his home and sold into service as sled dog in Alaska, he progressively reverts to a wild state. In the harsh climate, Buck is forced to fight in order to dominate other dogs, so that by the end, he sheds the veneer of civilization and relies on primordial instincts and learned experience to emerge as a leader in the wild.”

My Side of the Mountain by Jean Craighead George

“Sam Gribley’s great-grandfather owned land somewhere in the Catskill Mountains. Although no one had lived there for several generations, it was still in the Gribley family. Tired of living in the hustle and bustle of New York City, teenage Sam runs away to the Catskills in search of that land.”

“One of the world’s best-loved stories of shipwreck and survival, The Swiss Family Robinson portrays a family’s struggle to create a new life for themselves on a strange and fantastic tropical island. Blown off course by a raging storm, the family, a Swiss pastor, his wife, their four young sons, plus two dogs and a shipload of livestock, must rely on one another in order to adapt to their needs the natural wonders of their exotic new home. Inspired by Daniel Defoe’s Robinson Crusoe, this classic story of invention and adventure has fired the imaginations of readers since it first appeared in 1812. Freely translated over the years, with major sections excised and new subplots added, the novel is published here in its original English translation, fully restored for a new generation of readers.” 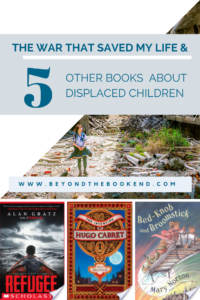 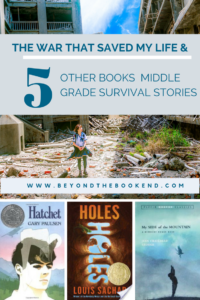 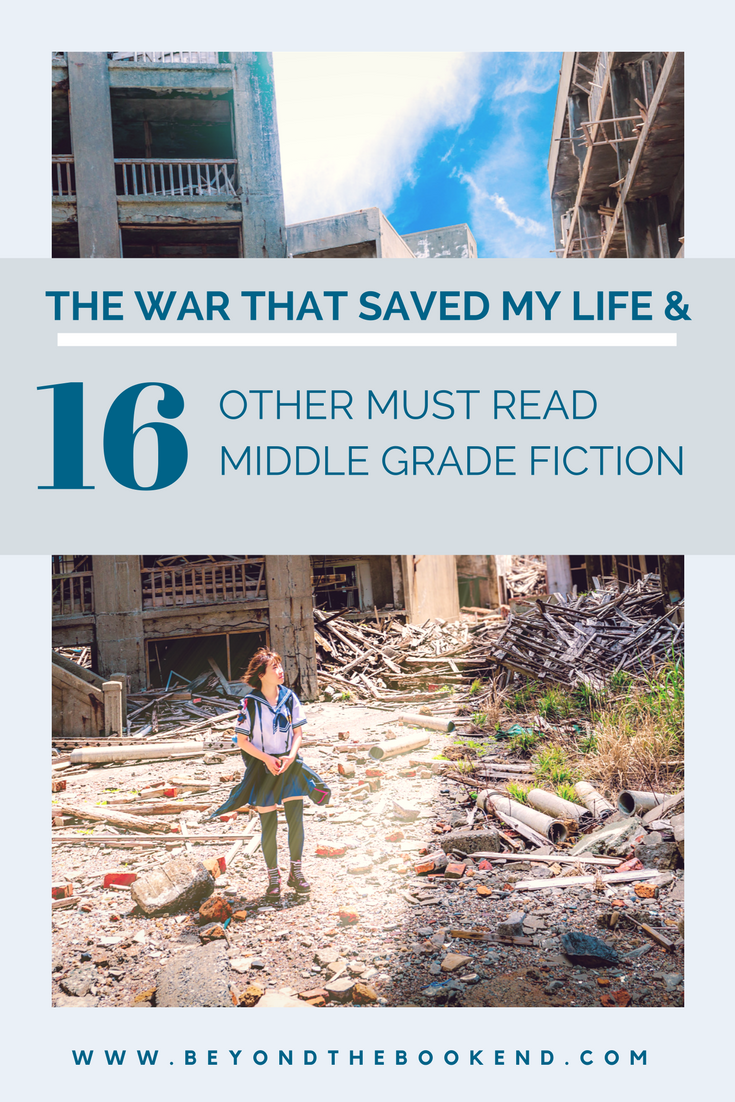