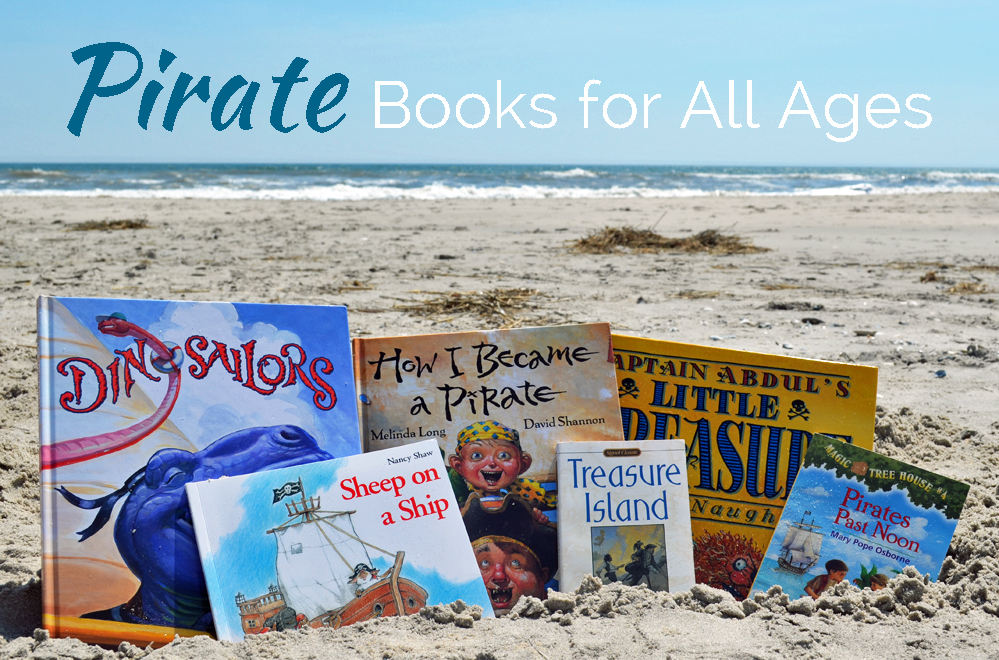 Pirates are always fun to read about from board books to the classics.  The daring adventures on the sea, escapes, captures, and the search for buried treasure captivates children and adults alike.  What would the Princess Bride be without the Dread Pirate Roberts? How could we love Peter Pan without Captain Hook? In honor of these beloved pirates, we included a list of pirate books for kids to enjoy. So whether you have a 2-year-old or a 12-year-old, we have the perfect pirate book for you. You can also check out this cute Pirate bedroom inspired by this book list.

That’s not my Pirate by Fiona Watt– This Usborne touchy-feely book is adorable for your littlest pirate lover.

Sheep on a Ship by Nancy E. Shaw– Sheep, ships, and rhymes….an adorable combination with very cute illustrations. This is one of my favorite pirate books for kids on this list.

Pirates Don’t Take Baths by John Segal–  A little pirate doesn’t want to take a bath.  Will he overcome his pirate ways…

Pirates Go To School by Corinne Demas: This hilarious book appeals to the 4-8-year-old crowd. Can the pirates learn to read and write and behave?

DinoSailors by Deb Lund – The dinosaurs are looking for adventure, but can they even keep their lunch down aboard their ship?

How I Became a Pirate by David Shannon– With the hilarious text and fantastic pictures, this book is sure to become a family favorite

Captain Abdul’s Little Treasure by Colin McHaughton – A pirate captain raises his baby and teaches him to be a pirate – but the baby always has the upper hand.

Eloise’s Pirate Adventure by Lisa McClatachy– Eloise loves to dress up as a pirate. And who doesn’t? Follow Eloise and Weenie on a pirate adventure to search for treasure

Magic Treehouse: Pirates Past Noon by Mary Pope Osborne: Number 4 in the Magic Treehouse Series, Jack and Annie arrive in the time of pirates on the high seas.  Will they find a treasure or be forced to walk the plank?

Puppy Pirates #1: Stowaway by Erin Soderbergh: This adorable series combines puppies and pirates for fun adventures.  With four books in the series so far, the fun can continue.

Pirateology: The Pirate Hunter’s Companions by Captain William Lubber: This book is written like a ship’s log for a pirate hunter filled with pictures and great information. This book is sure to be a huge hit for any pirate lover.

Peter and the Starcatchers by Dave Barry: This book is the first in the series.  It tells the story of how Peter Pan becomes the magical boy who saves the world.  No pressure right?

Treasure Island by Robert Louis Stevenson: This book is a classic that was originally written to entertain Stevenson’s 12-year-old son. It’s actually free on Kindle!!!

Did we forget your favorite pirate adventure? Let us know! 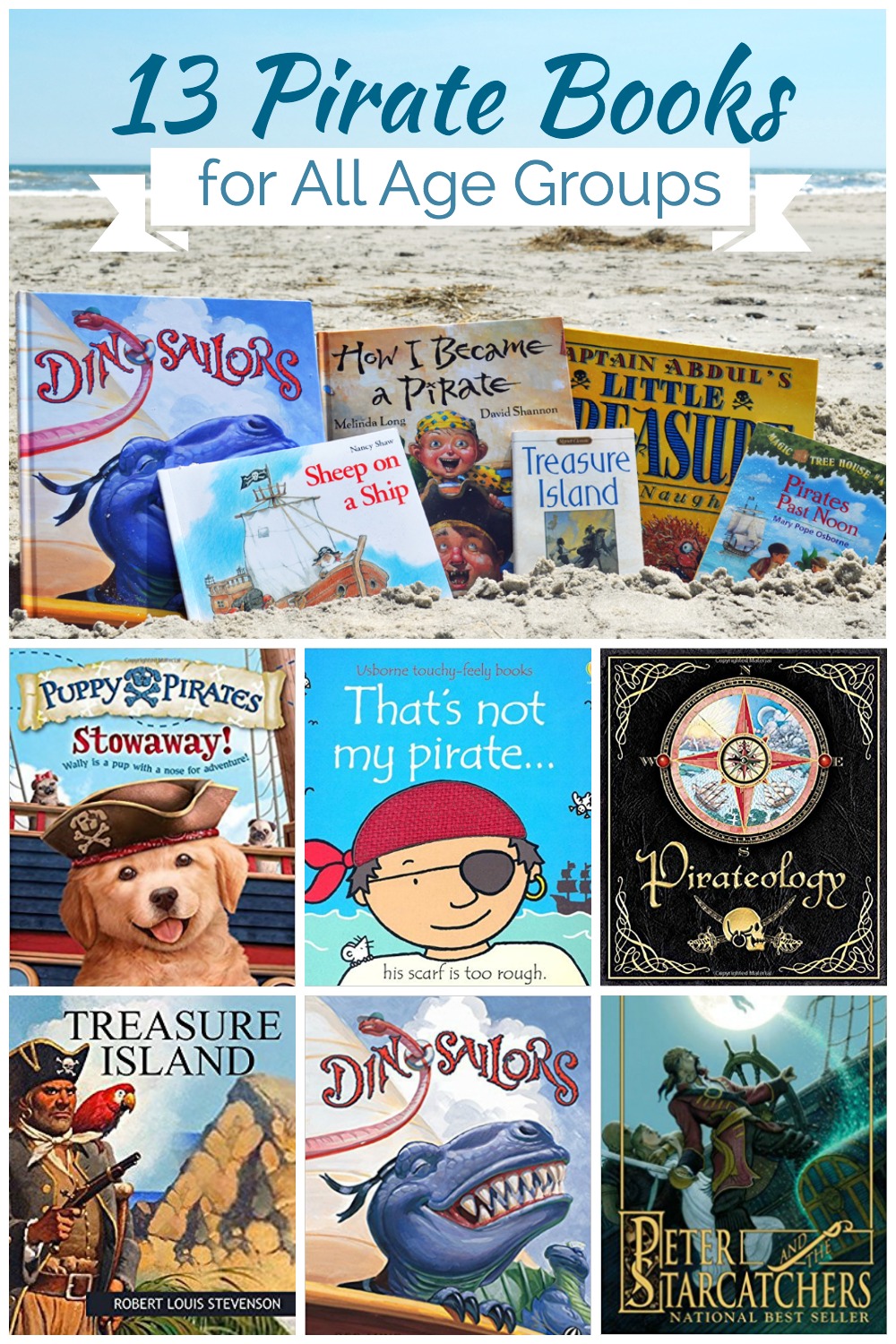