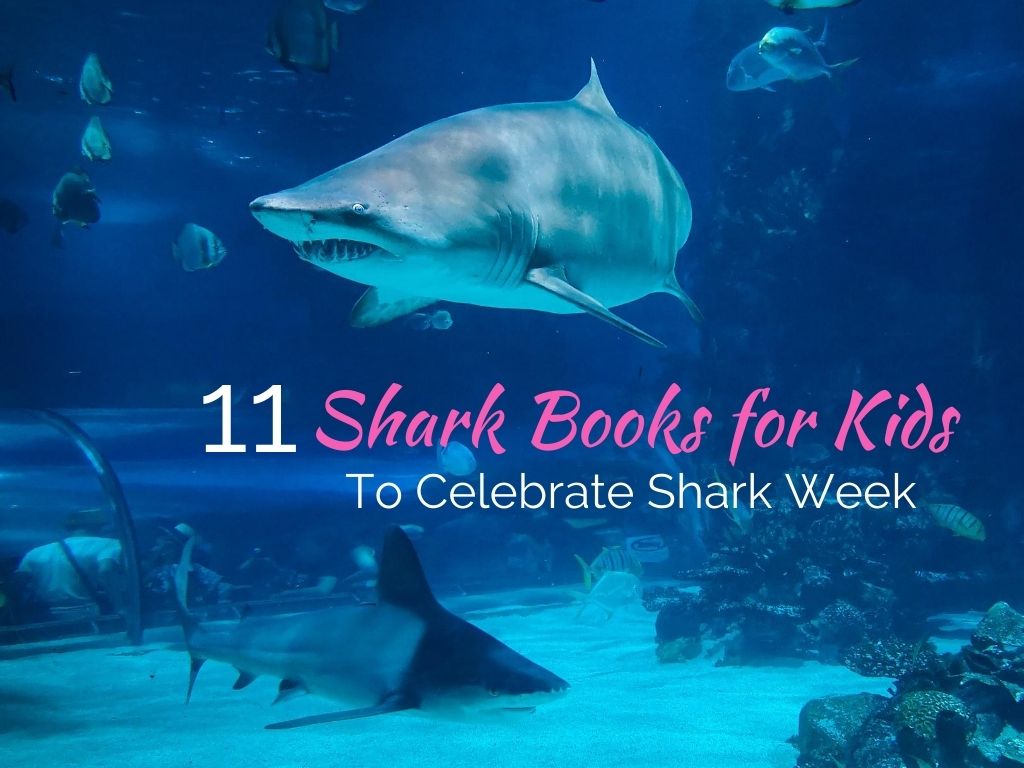 It’s finally time for the best summer holiday of all — SHARK WEEK! It’s here! And if you have shark-obsessed kiddos, it’s all they will be watching for the next week. But what will happen when shark week is over? We say let the shark frenzy continue with these adorable kids books about sharks. From the silly to the educational, these are sure to delight. Be sure to check out this list of Octopus and Narwhal books too. Or this list of fish picture books.

*Post contains affiliate links. All purchases made through links result in a small commission to us at no cost to you,

Aaron Reynolds, the author of Nerdy Berdy and Creepy Carrots! teams up with Dan Santat, the Caldecott–winning illustrator behind The Adventures of Beekle: The Unimaginary Friend to create the hilarious, gnarly summer adventure picture book, Dude!

Dude! You have to read this book.

It’s totally about this platypus and this beaver who are friends. They want to go surfing but dude, there’s this shark who’s in the ocean, too.

But don’t worry. This shark approaches and you’ll never guess what happens.

Eugenie Clark fell in love with sharks from the first moment she saw them at the aquarium. She couldn’t imagine anything more exciting than studying these graceful creatures. But Eugenie quickly discovered that many people believed sharks to be ugly and scary―and they didn’t think women should be scientists.

Determined to prove them wrong, Eugenie devoted her life to learning about sharks. After earning several college degrees and making countless discoveries, Eugenie wrote herself into the history of science, earning the nickname “Shark Lady.” Through her accomplishments, she taught the world that sharks were to be admired rather than feared and that women can do anything they set their minds to.

An inspiring story by critically acclaimed zoologist Jess Keating about finding the strength to discover truths that others aren’t daring enough to see. Includes a timeline of Eugenie’s life and many fin-tastic shark facts!

Hark, A Shark by Bonnie Worth

Learn about sharks with everyone’s favorite Cat in the Hat!

The Cat in the Hat dives deep in this fascinating exploration of the world of sharks. Learn about the different types of sharks, how we study them, and why they aren’t so scary after all. Perfect for kids who love sharks and Dr. Seuss alike, and for any kid who loves learning and science.

The Cat in the Hat’s Learning Library is a nonfiction, unjacketed hardcover series that introduces beginning readers ages 5-8 to important basic concepts. Featuring beloved characters from Dr. Seuss’s The Cat in the Hat, the Learning Library titles explore a range of topics about the world we live in and include an index, glossary, and suggestions for further reading.

The only thing Bobby wants for his birthday is a pet shark. So you can imagine his disappointment when his parents get him…a puppy. Everyone knows shark lovers can never become dog lovers. Or can they? Full of humor and heart, this book explores the idea that sometimes, getting exactly what you don’t want turns out to be exactly what you need.

Mr. Fish and all his friends
Love to play down at the park.
But that ends when they’re bullied
By a misbehaving shark!

Mr. Fish wants to help.
He knows bullying is wrong!
But he’s just one fish―
Is he really that strong?

In this board book conversion of the jacketed hardcover, the New York Times–bestselling Pout-Pout Fish teaches a bully shark about kindness and being a friend. Swim along as he discovers the strength of his community, and the power of his own voice.

I’m a Shark by Bob Shea

Shark’s not afraid of anything.

But there is one thing that even Shark fears. . . . Can you guess what it is?

Stink and the Shark Sleepover by Megan McDonald

Shark-tastic! Stink gets to sleep with the fishes after his parents win an aquarium sleepover.

When Stink and his friends get to sleep over at the aquarium, it’s a science freak’s dream come true. Stink loves the sea-creature scavenger hunt, the jellyfish light show, and the sand tiger sharks with razor-sharp teeth. But after some spooky stories around the virtual campfire, can he manage to fall asleep thinking about Bloody Mary, the mutant Frankensquid that’s supposed to be on the prowl?

Sam Wu is not afraid of sharks. Except . . . he is. Can Sam conquer his fear before he misses out on his friends’ beach party fun?

On a class trip to the aquarium, certified ghost hunter Sam Wu encounters something even scarier than ghosts: Crazy Charlie, a giant shark, who TOTALLY tries to eat him. Sam has no intentions of taking any more chances with these people-eating creatures. But then his classmates Regina and Ralph announce they’re having a birthday bash . . . on the BEACH! Can Sam overcome his terror of becoming shark bait? This second book in the Sam Wu series is a funny, touching, and charming story of finding your courage when the moment comes—because bravery is something you have to prove again and again.

The Shark Callers by Eric Campbell

After a volcano erupts two very different young men find themselves struggling for life in shark-infested waters and one must be sacrificed to the swarming blood lust of the sharks if the other is to survive. “The author’s exceptional depiction of a volcanic eruption and its consequences adds curricular value to the book particularly as the town of Rabaul has been destroyed by two volcanoes that began erupting in September 1994.”–Booklist

If Sharks Disappeared by Lily Williams

A healthy ocean is home to many different kinds of animals. They can be
big, like a whale,
tiny, like a shrimp,
and even scary, like a shark.

Even though sharks can be scary, we need them to keep the oceans healthy. Unfortunately, due to overfishing, many shark species are in danger of extinction, and that can cause big problems in the oceans and even on land.

What would happen if this continued and sharks disappeared completely?

Artist Lily Williams explores how the disappearance would affect other animals across the whole planet in this clever book about the importance of keeping sharks, and our oceans, healthy.

Smart about Sharks by Owen Davey

It’s time to learn about the sea’s most feared (and most misunderstood) residents: sharks!

Owen Davey returns to nonfiction to explain the mysteries of those denizens of the deep. Some deadly, some not-so-deadly, and almost all just generally misunderstood. Exciting and detailed illustrations fill the page and educate young readers about these thrilling residents of the sea! Delivering information with the same whimsical text and brash illustration that saw his previous book win the affection of the Wall Street Journal, Smart About Sharks is sure to have teeth! 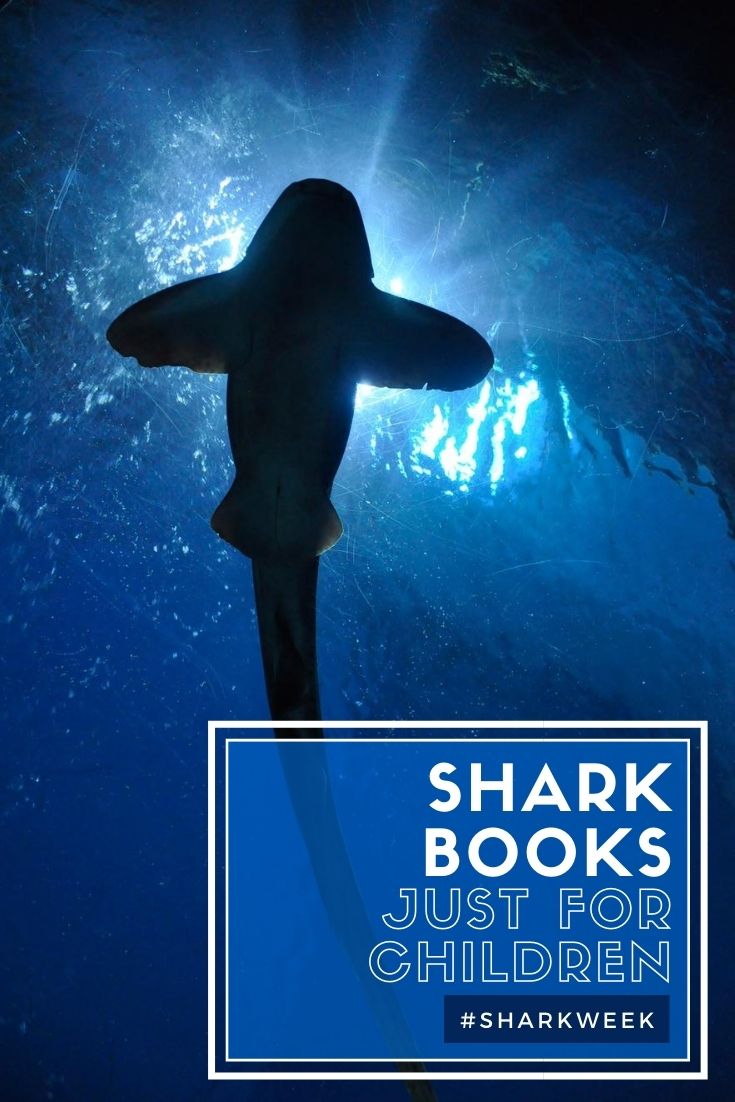 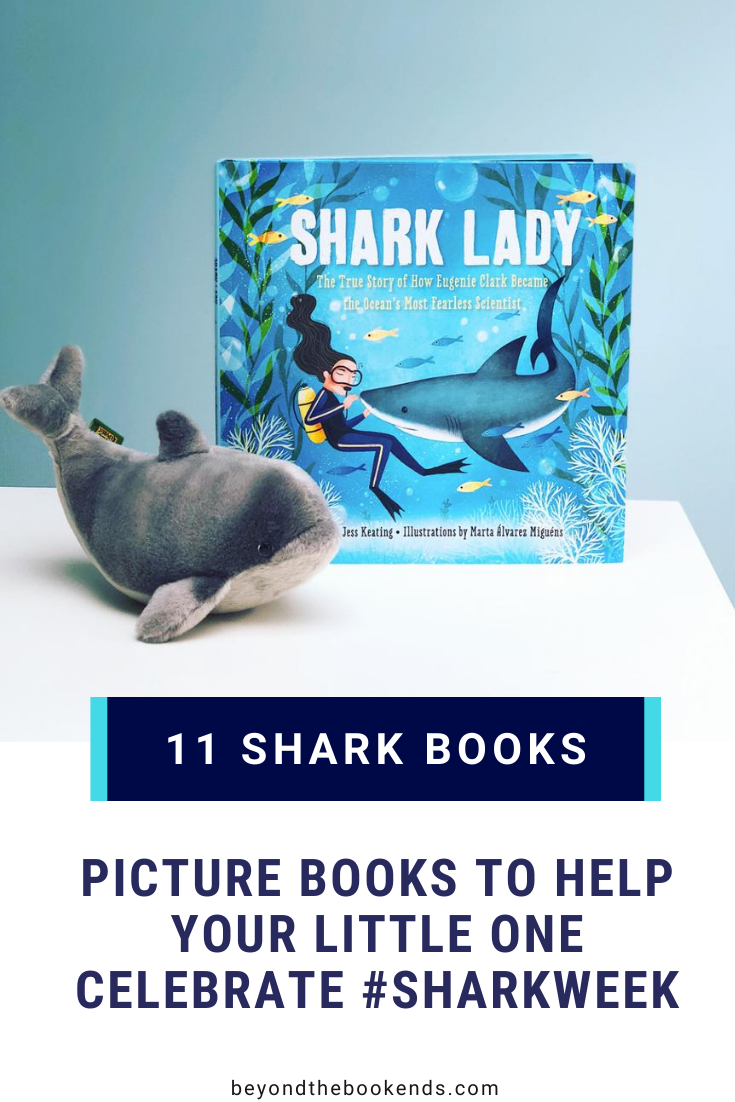 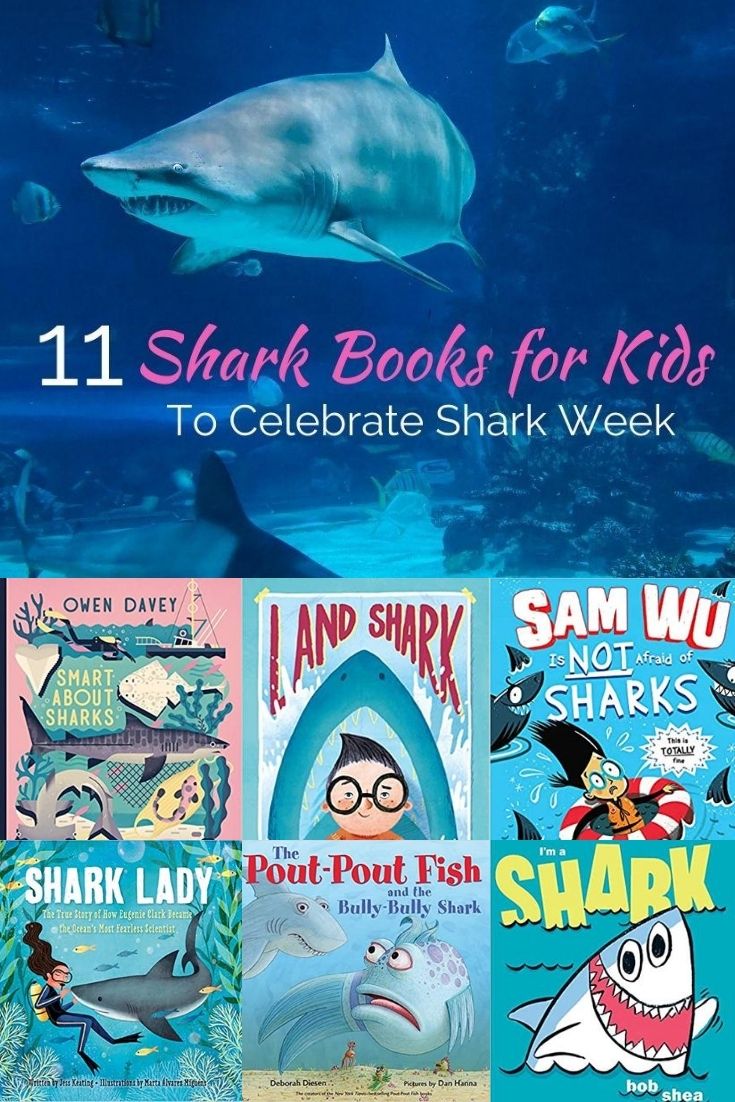 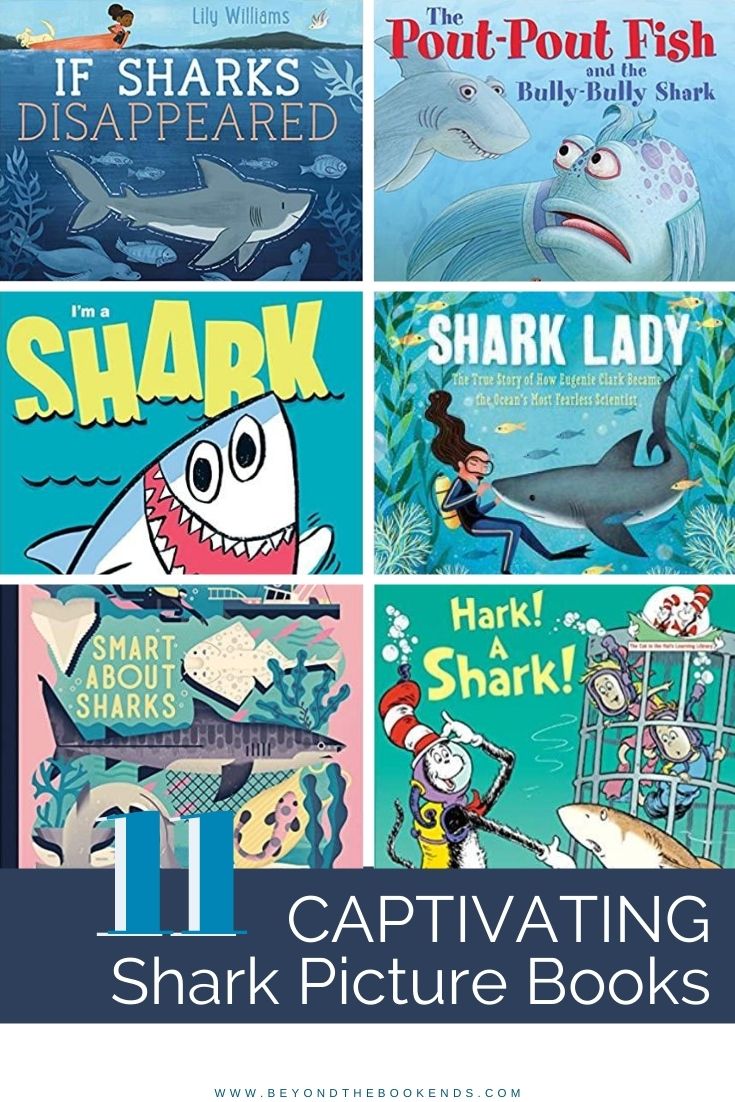 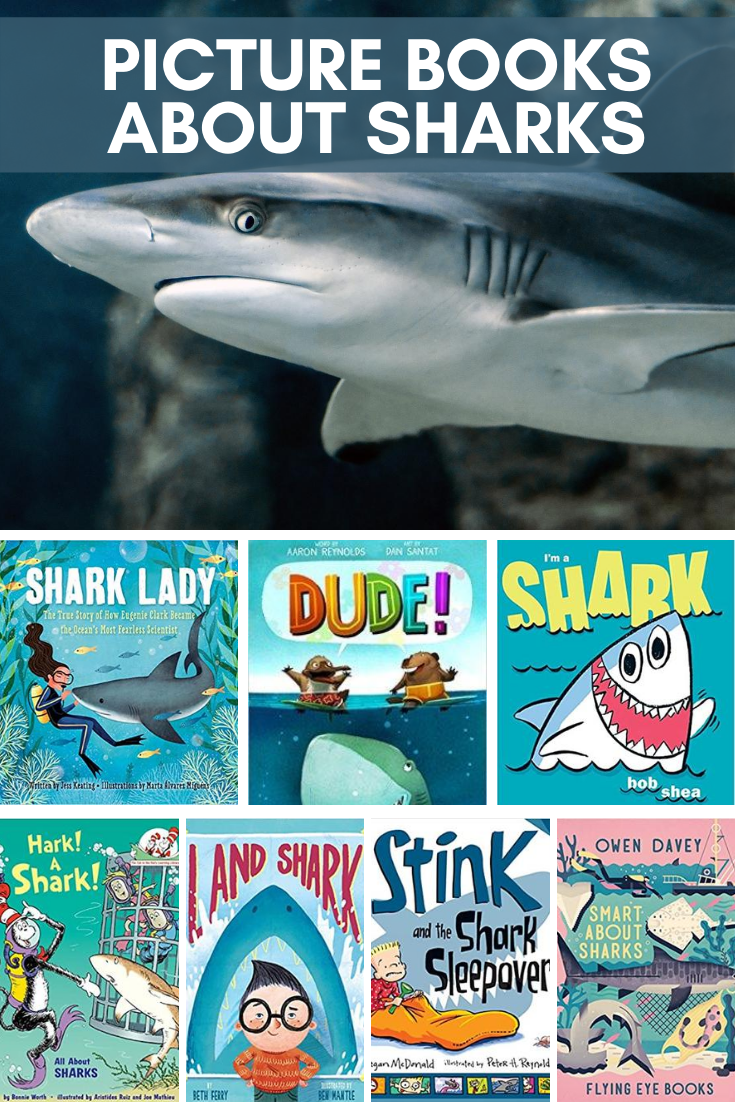 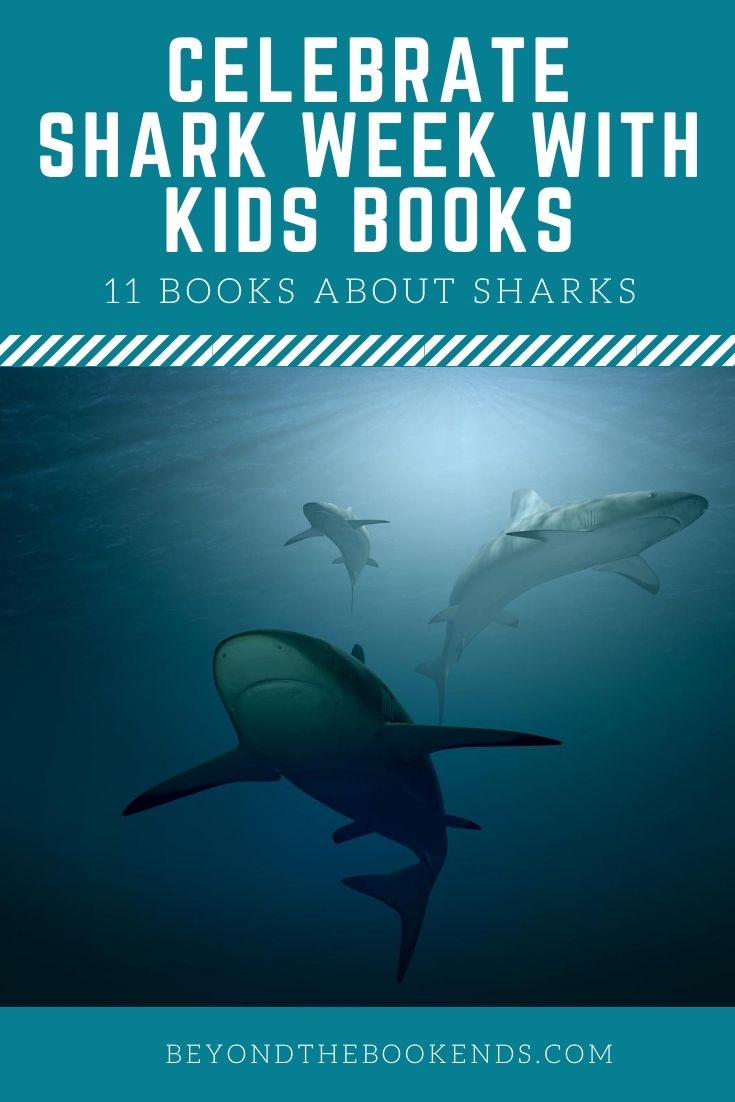 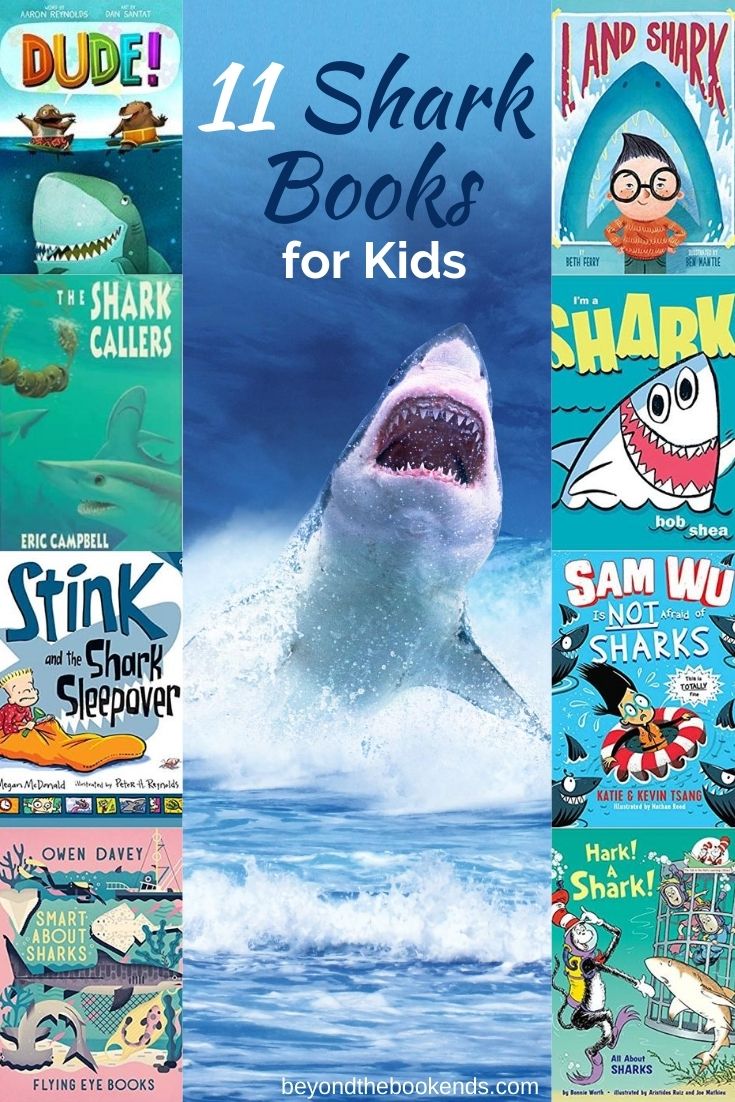 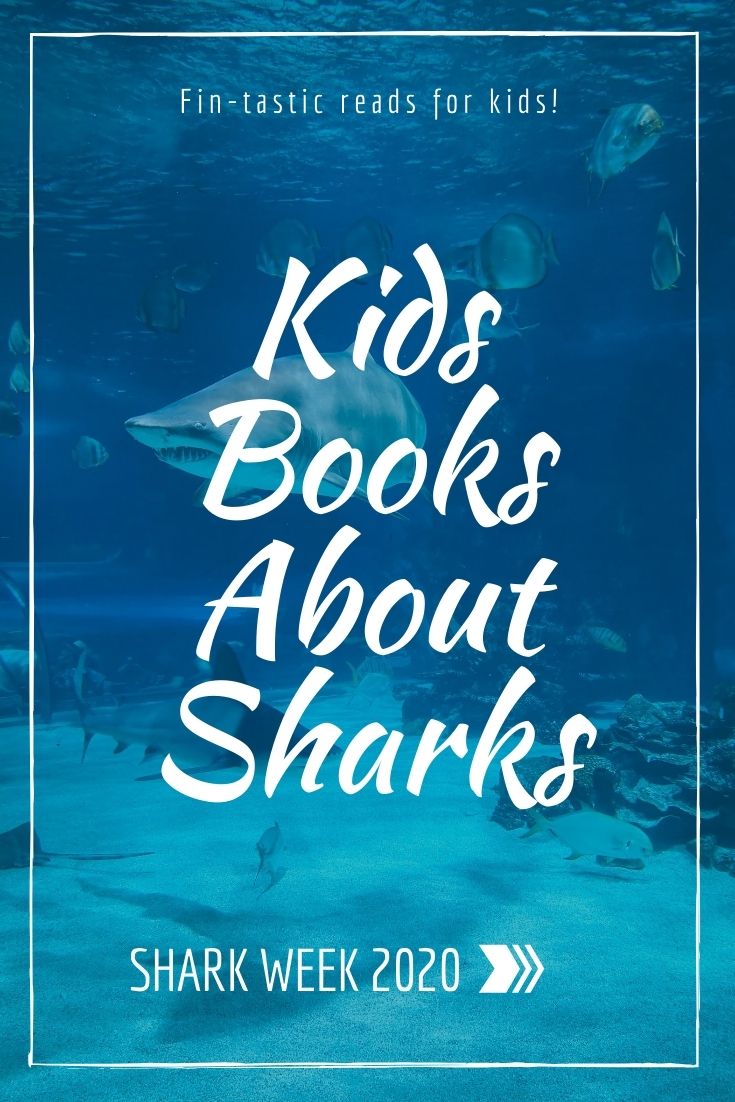