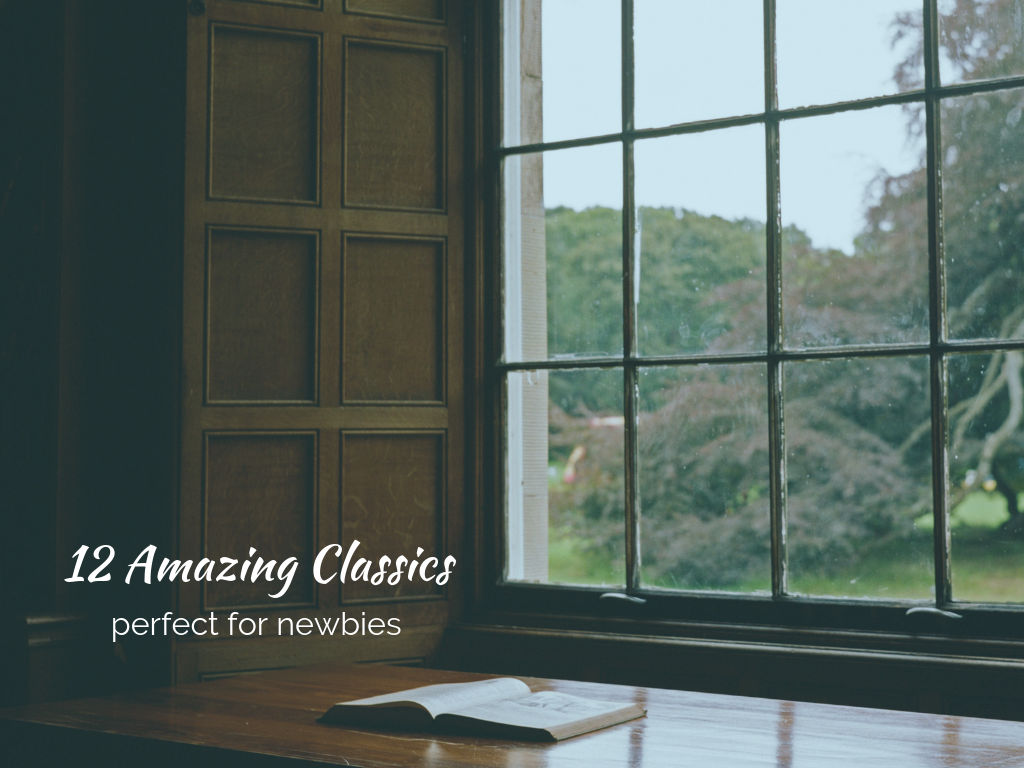 I’ve been a classic book lover for a long time. It comes down to fantastic teachers that taught books like The Odyssey in approachable and fun ways.  I firmly believe there is a right “classic” for everyone, even if you’ve never loved them in the past. For our purposes, we’ve decided a “classic” is a book that’s at least 100 years old, although many people would argue that there have been many modern classics published since that cutoff. Allow me to share some of my favorite literary classics and let us know what you choose to read for our November Reading challenge.

First, let’s start what we are each planning to read for the November reading challenge – read a classic book! Jackie is probably going to Anna Karenina by Leo Tolstoy (Narrated by Maggie Gyllenhaal) or Emma by Jane Austen(Narrated by Emma Thompson.) While I’m leaning toward Dickens’ Oliver Twist or Bronte’s Jane Eyre(Narrated by Thandie Newton.) We both wanted to allow ourselves a little flexibility because these types of books are a commitment (usually they are quite lengthy.) It made sense to stop and try another if we weren’t jiving with our initial choice.

Also, if you are looking to venture into the world of classics, it might make sense to try them out in Audio. Amazon is doing an amazing job re-recording these treasured tales with celebrity narrators. If a book has a recording with a celebrity narrator, we linked to that edition too for your convenience.

Pride and Prejudice by Jane Austen

Jane Austen’s most beloved novel and the source of countless adaptations (hello, Colin Firth) is on this list for a reason. This is a fairly easy literary classic to conquer and since most people know the plot, it can make the dated language easier to understand. Austen’s social commentary is quickwitted and engaging…plus Mr. Darcy was the OG brooding hero. Trust me, Edward Cullen and Fifty have nothing on Mr. Darcy. (Narrated by Rosamund Pike who played Jane in the most recent adaptation.)

The Odyssey by Homer

This epic tome was the subject of one of my favorites due in large part to my 11th grade English teacher for his out-of-the-box approach to teaching Homer’s well-known story.  We adapted the text to become a mini-movie for a semester.  We wrote it, filmed it, and learned about the Odyssey without even realizing we were learning. I used to re-read this story every summer by the sea.  Odysseus’s journey to return home to Ithaca was filled with Greek Gods and fantastic prose. It remains in my top 5 books of all time. (Narrated by Dan Stevens of Downton Abbey Fame.)

This is technically a middle-grade story, but it works well for adults too. Another novel that has been adapted over and over (most recently on Netflix) this one is also the most recent book published on this list. Anne Shirley is an orphan who is adopted in her pre-teen years by a brother and sister who own a farm. She tries to fit into her new town of Avonlea, though her overactive imagination gets her into frequent trouble. I’m in the middle of reading the whole series for the first time and I’m connecting with Anne on such a great level. I love watching how she grows from a child to a young adult and eventually into a wife and mother. (Narrated by Rachel McAdams of The Notebook fame.)

I am a HUGE detective story lover and no one does detective stories better than Sir Arthur Conan Doyle. Sherlock Holmes’ ability to solve the crime is fascinating. His observations are astute and I can never, ever guess who committed the crime. Again, love all the various adaptions of this series, but Sherlock on the BBC is my absolute favorite.  (Narrated by Stephen Fry – the British narrator of the Harry Potter series and Mycroft Holmes in one of the adaptations.)

Little Women by Louisa May Alcott

I remember reading this story with my grandmother when I was young. It features a family of four girls who are trying to support each other and their mother while their father is away at war.

The Count of Monte Cristo by Alexander Dumas

I saw the movie adaption of this book and loved it so much that I had to tackle the story. They are TOTALLY different. I liked both equally, but the movie is not nearly as complex as Dumas’s original tale. Also, the endings are different which I didn’t realize at all. I’d be curious to know which ending you prefer!

The only Charles Dickens book I’ve ever read and was recently nominated for PBS’s Great American Read. The story features orphan Pip who comes into an unexpected fortune. His life is changed forever when he becomes a man of leisure and meets beautiful but aloof Estella. It’s a great tale that could just as easily have been set in modern-day London.

The Scarlet Letter by Nathaniel Hawthorne

So, so relevant in the world of women’s rights today. This story takes place in Puritan America when a woman shares a passionate night with a lover and gets pregnant. The townspeople judge and vilify her. She is forced to wear a red letter A on her clothing to publicly shame herself. It’s quite interesting to see what has changed over the course of time for women and what hasn’t. I really recommend this one.

This swashbuckling tale of piracy and treasure is perfect for children and adults alike. Long John Silver is quite a scary villian, whose legacy lives on in Halloween costume everywhere. One legged, parrot wearing, map loving pirates everywhere can thank Robert Louis Stevenson for the inspiration. Why not read this one to your little buccaneer at bedtime?

The Brothers Karamazov by Fyodor Dostoevsky

I read this MASSIVE text for fun when I was a sophomore in college. It took me an entire semester but it was worth it. Dostoevsky’s classic features a mystery, multiple love triangles, and well, brother relationships. It’s a SUPER complex book but it’s seriously worth it.

The Awakening by Kate Chopin

Chopin’s The Awakening was considered scandalous when it was first published back in the Victorian era. The story involves a woman in a loveless marriage who turns away from her husband to ignite a passionate romance.

Lewis Carroll’s Alice is as trippy as the Disney version leads you to believe. His imagination was fascinating and the story details are so wonderful.  (Narrated by Scarlett Johansson.) 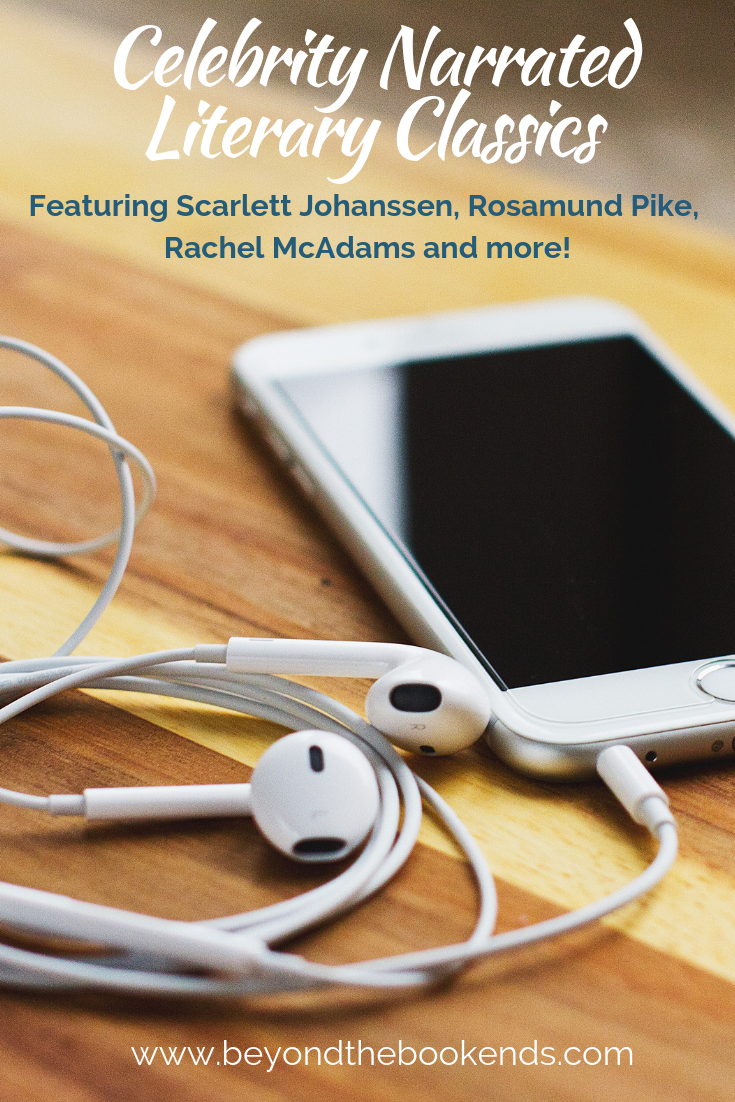 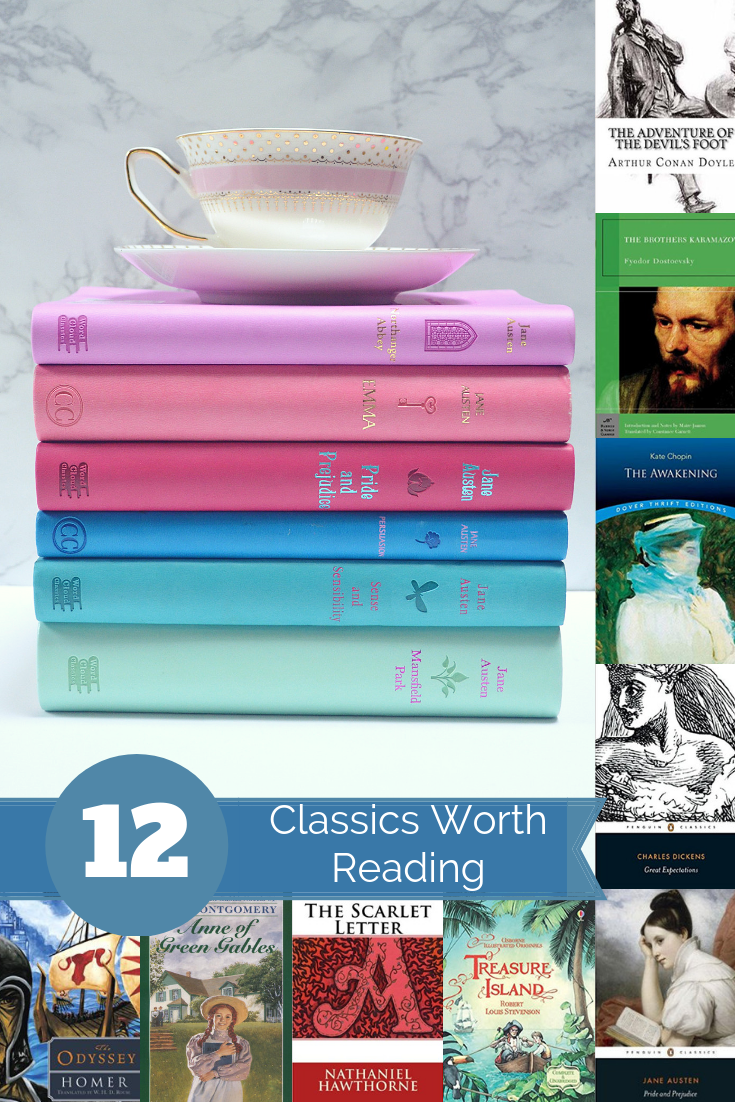 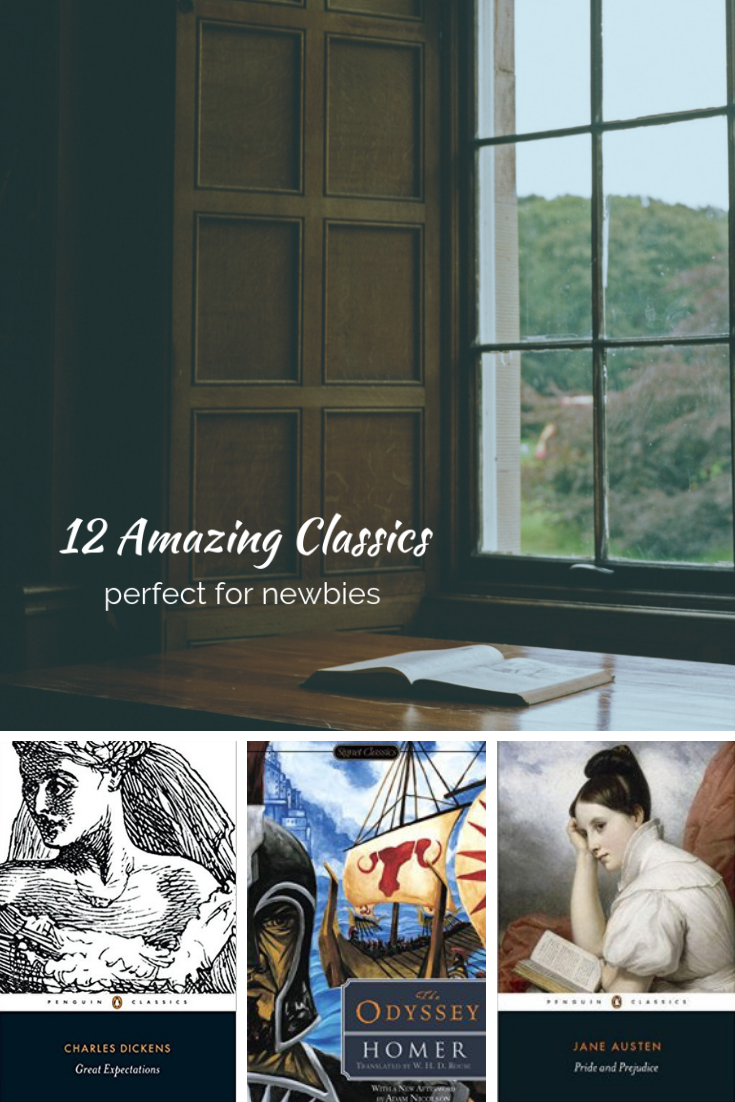 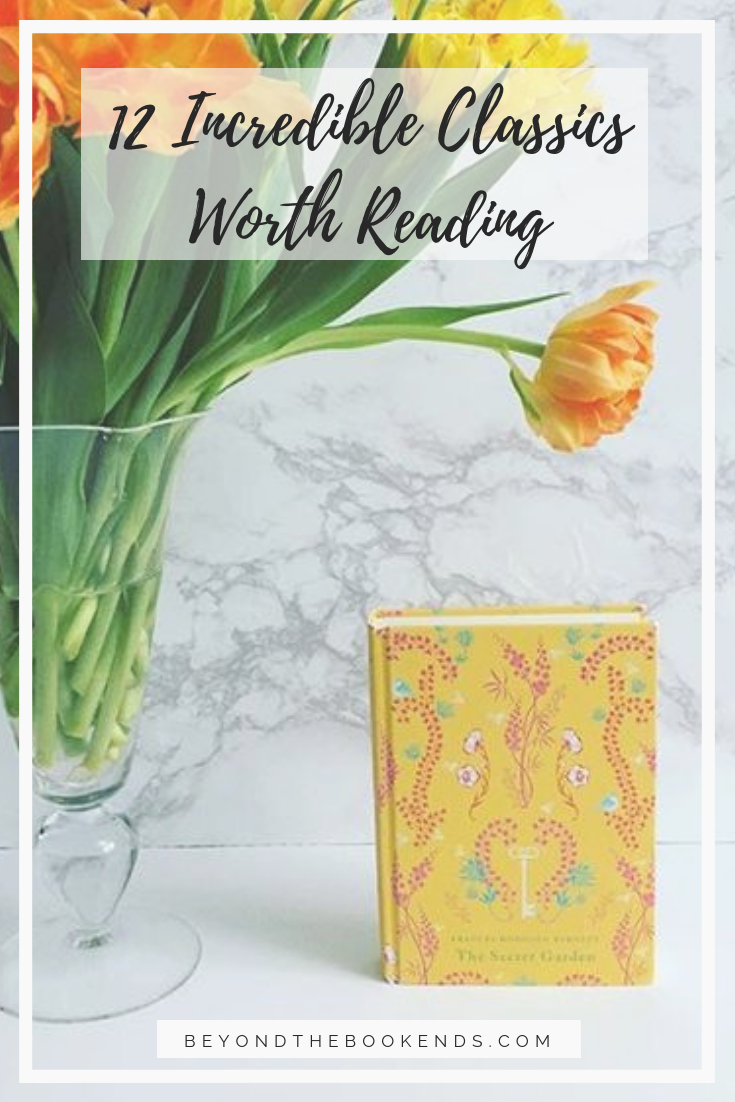