These days, books about female spies are everywhere! It used to be that women’s roles in espionage were grossly ignored.

But with books like The Nightingale and The Alice Network hitting the bestseller lists, the world is finally aware of just how badass female agents really are.

Below are the best spy books featuring female spies from many periods in history. If you are looking to pick one of these for your book club, we have suggestions on how to theme your book club discussion around them!

The Best Books about Female Spies

The novels and non-fiction books below feature some incredible female spies and are some of the best spy books we’ve ever read. These women risk their lives for their cause. 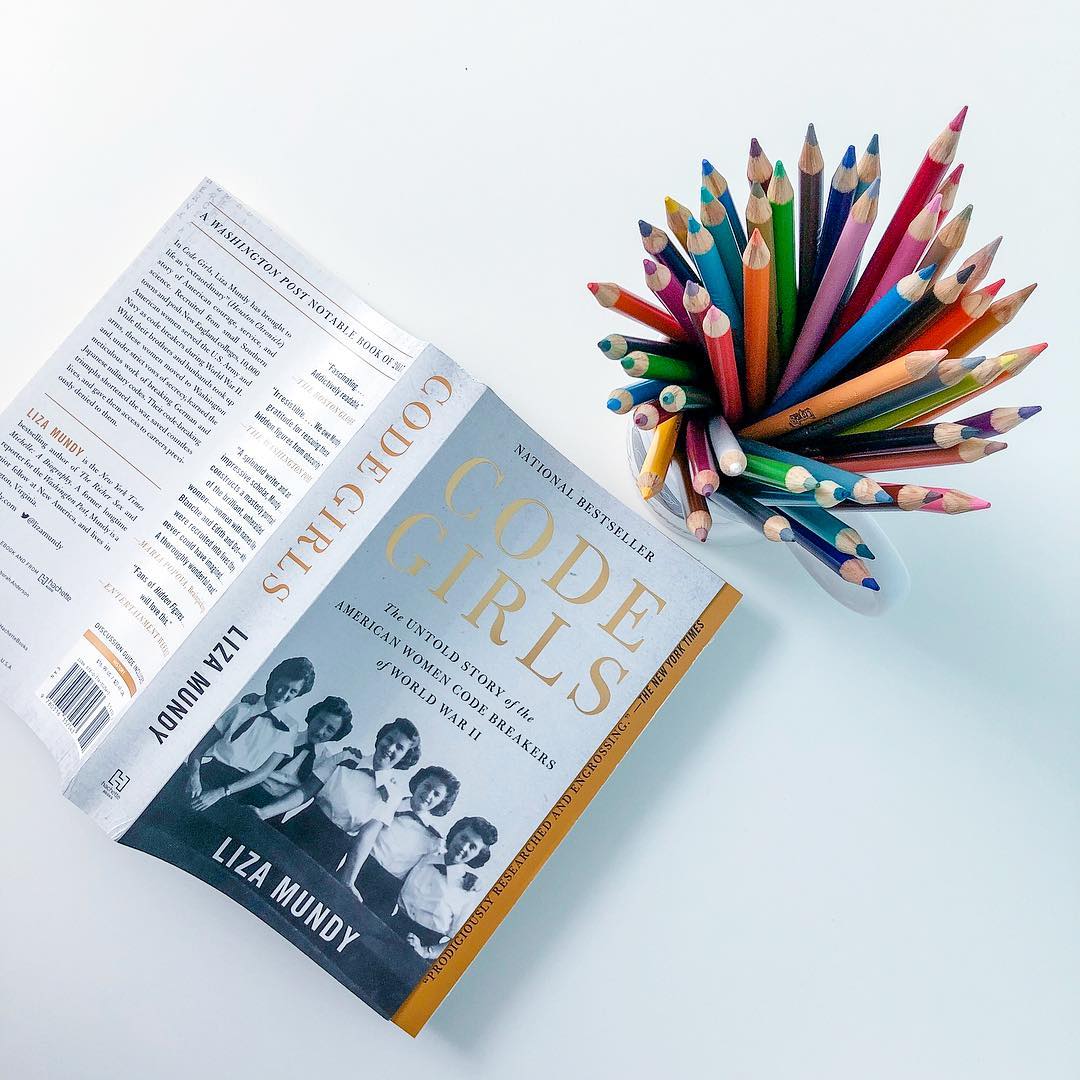 The Light of Days by Judy Batalion

This harrowing non-fiction book tells the stories of the Jewish female resistance members during WW2. These women have not been given nearly enough attention for their bravery, fearlessness, and sacrifice.

As Batalion explores the different experience each female operative goes through during the war, I had tears streaming down my face. The sheer gall of these women was inspiring to me, especially in light of the danger they were in if caught out.

I picked this up during International Holocaust day and I couldn’t put it down. A must-read for those looking for courage in the face of hatred.

I’m not generally a huge non-fiction reader unless the topic is of particular interest to me. Having seen the Imitation Game and read quite a few non-fiction books about coding in war times, I thought this one would be interesting.

It was a truly fascinating read! I loved finding out about the trials and tribulations of the real-life heroes of the war.

This is a remarkable story of two sisters who live in France. It details how they survive the Second World War under Nazi Occupation. The sisters are separated by time and have completely different experiences in the war.

This book is one of the books that should be read in a lifetime. It is a total tear-jerker and one of those books about WWII that are basically essential reading!

The Rose Code by Kate Quinn

While the main portion of this story features 3 code breakers at Bletchley during WWII, one of the main characters is dating Prince Philip. You know, the same Prince Philip who eventually marries the queen?

It’s a dual-timeline story and one of those storylines is set against the backdrop of Philip’s wedding to QE2. Plus it’s a Kate Quinn novel, so the writing and story are both top notch.

The thing I love about Susan Elia MacNeal is that she doesn’t make the females in her series meek. She puts them center stage in the middle of the war; solving mysteries, spying, fighting and the like.

The women in this historical fiction series are tough cookies who don’t need a man’s protection. I adored the whipsmart Maggie Hope who is at the center of this female spy series. I’m only a few books in but I love each one.

The Alice Network by Kate Quinn

This historical fiction takes place during the First World War and after the Second World War as the story of two woman come together.  One is a female ex-spy another is a pregnant single woman, and they are joined by a shady ex-con as they embark on a quest.

This was such a good book to listen to and although the subject matter was serious, there were moments when I was laughing out loud.  There was just the right amount of humor to make this a very readable book.

This books was fascinating but SOOOOOOOOO long. It felt like I was listening to it for weeks on end and I think some of it could have been cut out for sure, but the writing was captivating and the story was fresh.

A lot has been written about WWII but this story focuses on the before. The years before WWII broke out, the people that tried to stop the atrocities and those that tried to prevent Hitler from coming to power.

It was so interested, and frankly scary, to see the slow slide of acceptance from the German people. It was also frightening to see the parallels that seem to be coming about today in America.

I loved this story and I need to sing its praises.⁣ If you love WWII historical fiction, this one is for you! I’ve never read a book set in the French Riviera during this time, so I found the new setting particularly intriguing.

After watching her husband get shot by an SS officer for hiding Jewish children, Lana joins the French Resistance. Lana, Guy, and Odette have stolen my heart. ⁣ I can’t recommend this one enough!

The Lost Girls of Paris by Pam Jenoff

I love Pam Jenoff’s previous book, The Orphan Train.  So, It did not surprise me that I loved this book too. In 1946 Grace is passing through Grand Central station when she finds a suitcase.

Inside she finds a dozen pictures of women and is determined to find out who they are and who owns the suitcase.  The story moves between Grace and Eleanor Trigg, the owner of the suitcase and leader of a ring of female spies throughout World War 2.

WWII fiction felt a little been-there, done-that to me recently but this book has me back to loving the sub-genre. What makes this story different is the setting – The American Library in Paris.⁣

I loved hearing about the librarians and how they tried to help their Jewish subscribers by joining the Resistance. ⁣The story sucked me and had me thinking about the war in a new light.

This one also appears on our list of the best books about books!

Did you know that Hitler only visited Paris once during the occupation of WWII? I didn’t but I loved this fictional story of why that might have been.

It was so refreshing to read story with a badass female spy that actually didn’t need saving from the men in her life. This heart-pumping historical fiction is worth the listen (or read!)

A Woman of Intelligence by Karin Tanabe

I was interested to read this book about a housewife turned female informant for the FBI. I went in interested to learn about the government’s efforts to root out Communism in the 50s but stayed to understand Katharina’s story.

I can’t imagine being a wife in the 50s. The ideals that society put on women were just too much. Too many constraints, too many rules, and far too much judgement.

I loved seeing Katharina find herself through her undercover work, but sometimes those scenes of her life at home were hard to read about because I came to despise her husband.

The Secrets We Kept by Lara Prescott

This was an interesting look at the subversive tactics the CIA took during the Cold War. I had no idea that they engaged in cultural espionage.
As always, it’s fascinating to see the role that females play within a spy network. It’s crazy to me that after WWII many former female spies were sent to the typing pool while their male counterparts got to remain active in the spy community.⁣

The book dragged a little towards the middle, but I’d still recommend it to lovers of historical fiction.

When We Left Cuba by Chanel Cleeton

The story of Beatriz’s life as a spy during the Cuban Missile Crisis was quite compelling. It was so interesting to see how the Cubans felt about America’s involvement or lack thereof during the time.

The love story was compelling and realistic in my opinion, though I know others who didn’t love it at much as the first book. I breezed through it quickly and happily. 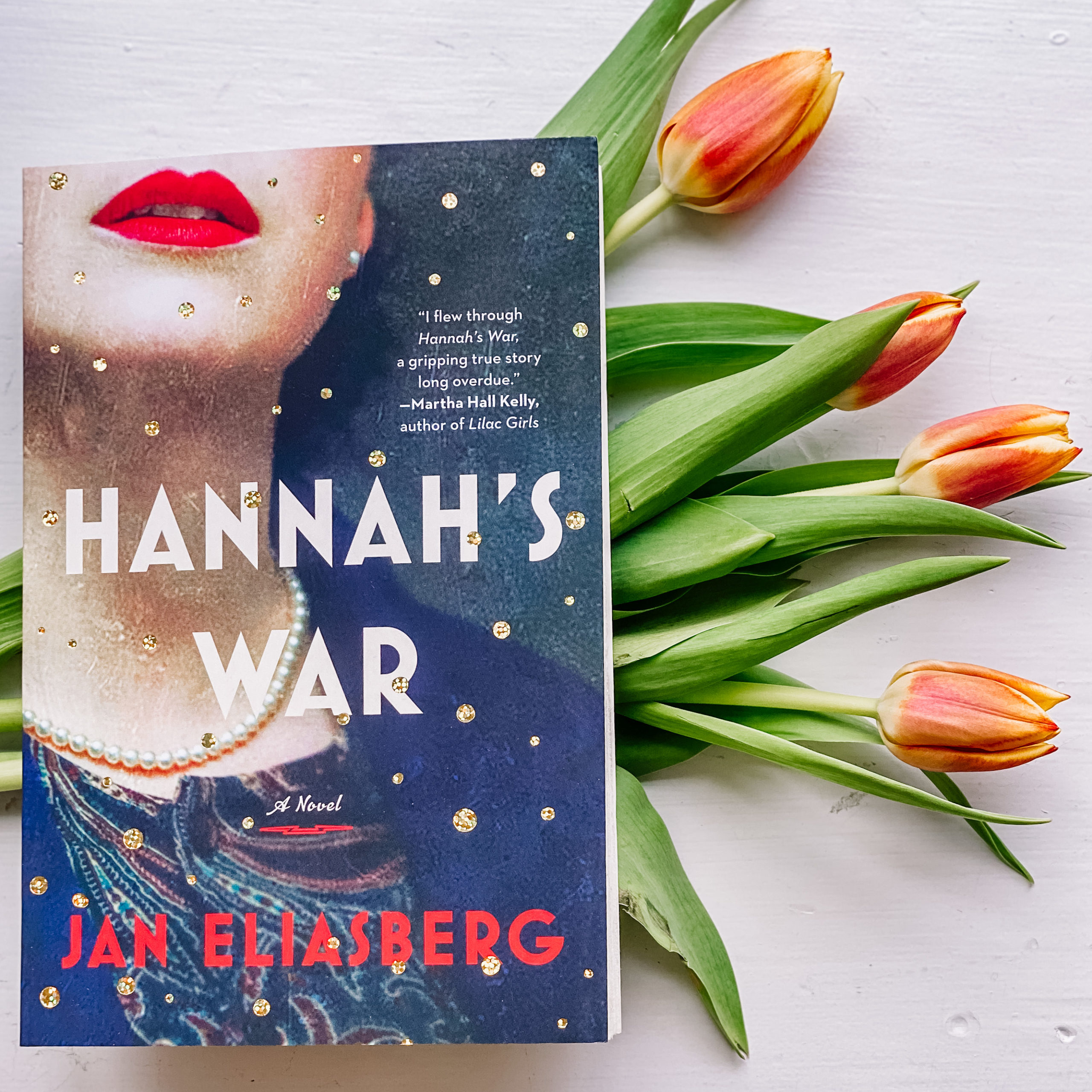 What books on this list of the best spy novels about women spies do you want to read?

Previous Post: « How to Host a Spy-Themed Book Club
Next Post: 39 New Release Kids’ Books for Spring 2022 to Love »